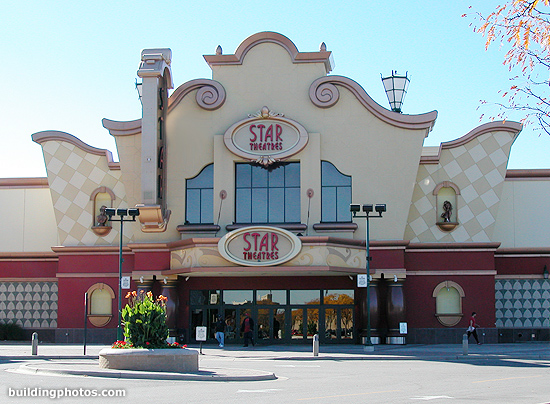 Star Fairlane 21 in Dearborn was among the sites to record a positive case. Photo via BuildingPhotos.com.

LANSING — The total number of coronavirus cases in Michigan has reached 65, according to new numbers released by the Michigan Department of Health and Human Services.

The number is up 11 from the 54 cases revealed on Monday evening. Out of the 11 new cases, two are in Detroit, two are in Macomb County and two are in Oakland County, The Detroit News reported.

The availability of testing isn’t widespread currently, according to Joseph Eisenberg, professor of epidemiology at the University of Michigan, meaning the number of cases could actually be higher.

“If they start to improve the testing, we’re going to see an even sharper increase in cases,” Eisenberg predicted. “But that doesn’t mean that there’s increased transmission. This is an inherent problem in surveillance.”

Nationally, there have been 4,226 confirmed and presumptive cases of COVID-19 as of noon Tuesday. There have also been 75 deaths, according to the CDC.

Altogether, 63 percent of Michigan’s caseload is from Metro Detroit with 41 cases. Wayne, the largest county in the state, has 17, while Oakland County has 16 and Macomb County has  eight. Washtenaw has seven cases and Kent County in West Michigan has five.

Also among the cases was an attendee at a movie at AMC Fairlane in Dearborn on March 10, and a Ford Motor Company employee in Dearborn.

The theater is one of the first potential exposure sites for COVID-19, according to Wayne County’s health department.

It was recorded in a woman who had no domestic or international travel and no known contact with other positive cases. She was at the theater between 6 p.m. and 10 p.m. on March 10, the first day positive cases were announced in Michigan.

“The epidemiology team is also working with the business to determine the identity of customers who were in the establishment at this time,” the Wayne County Public Health Division said in a Tuesday statement.

Those who attended the theater should monitor themselves for symptoms such as fever, cough or shortness of breath through March 24, the division said.

The Ford employee works in Building 5 in Dearborn, according to a report from ClickonDetroit. The case was confirmed on Monday.

“We learned this person had not been at work between getting exposed to the virus and being diagnosed several days later. That means the colleague could not have transmitted the virus to others at work,” Ford said in an email to the station.