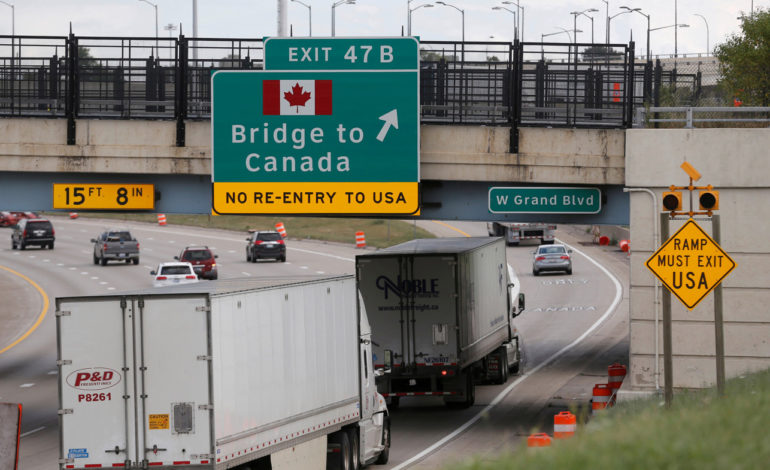 WASHINGTON, D.C. — The United States and Canada have both agreed to close their border to non-essential travel as the two countries seek to stop the spread of the coronavirus, also known as COVID-19, according to a tweet from President Trump.

“We will be, by mutual consent, temporarily closing our Northern Border with Canada to non-essential traffic,” the president tweeted. “Trade will not be affected. Details to follow!”

Specifics were not available, but the new restrictions are likely to affect non-citizens traveling between the two countries, The Hill reported.

A potential border closure with Canada and Mexico was hinted by Trump according to the report, in order to limit the transmission of the virus.

Trade between the two nations will not be impacted, the report continued, but the president caused significant confusion last week when he initially said trade with Europe would be stopped due to travel restrictions, forcing him to issue a correcting tweet. Travelers won’t be permitted to cross for recreation and tourism, Trump added.

Trump has previously issued orders to stop flights into the country from China, South Korea and all of Europe.

The total number of cases of the virus worldwide passed 200,000 on Wednesday, according to Johns Hopkins University data. There have been more than 6,500 cases in the U.S. thus far, and more than 100 people have died. Dozens of people from their 50s to their 90s have died thus far, according to a report from CNN.com. The elderly and older Americans in general are more at risk from the disease.

Those who wish to prevent it are urged to wash their hands for longer than 20 seconds, preferably with a hand sanitizer or soap containing 60 percent alcohol or more, and to remain in isolation from others if they feel ill. Social distancing is also recommended and Trump has issued recommendations that people not gather in groups larger than 10. Many states including have shut down all restaurants, bars and other locations in accordance with the recommendations.

Canada has about 600 confirmed cases, the university said, and less than 10 deaths as of Wednesday morning. Prime Minister Justin Trudeau has been quarantined in his home in recent days after his wife tested positive for the virus.