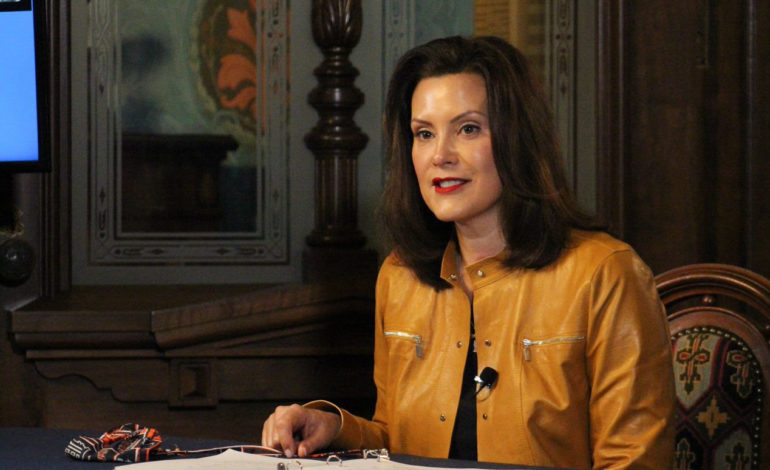 LANSING – On Monday, Governor Whitmer warned of shortage in major hospitals in Michigan amid a week of increasing COVID-19 cases in the state and said the state is now looking to expand the “stay home” order past its April end-date.

Face shields are slated to run out at all three health systems in three days, six days for surgical gowns. Whitmer said private donations were not included in this data, as businesses and individuals have been donating stock to hospitals. Whitmer gave hope that help was on the way for these hospitals.

“Today we will begin distributing 1.2 million surgical masks that state has procured on the open market and FEMA has sent to Michigan 400 ventilators, 1.1 million surgical masks, 232,000 face shields and 2 million gloves,” Whitmer said. “We’re grateful too that FEMA will be shipping a million more N95 masks to Wayne, Oakland and Macomb counties this week.”

The state is also working with FEMA to get the TCF Center hospital in Detroit up and running by Friday. Michigan also issued the purchase of 1 million face shields from Ford over next three weeks. So far, Ford has been donating the face shields they have manufactured to Michigan hospitals.

Whitmer said that she had gotten data confirming that Michiganders are traveling less for essential trips than neighboring states and advised, per the CDC, that all Michiganders cover their faces with a mask when going outside. Many residents have taken to making homemade masks. The governor urged her state to leave N95 and other critical masks for frontline healthcare workers. Governor Whitmer addresses the state from Lansing on Monday April 6

Dr. Joneigh Khaldun, the state’s health executive, said upcoming weeks were likely to be extremely challenging in the fight against the COVID-19 outbreak in Michigan. There are nearly a thousand new cases in the state daily. As of Sunday, Michigan had a staggering 15,718 cases and 617 deaths. The cases seem to be impacting minority populations greatly as well. Khaldun said testing continues to be expanded across the state. Abbot Laboratories is expected to deliver rapid testing supplies to several hospitals and the city of Detroit, which produce results in 15 minutes or less.

Khaldun also said the state will begin posting data on the number of people who have recovered from the virus later this week. The state wants to test for antibodies in people who may have been infected and then recovered but showed no signs and therefore never got tested for the virus. Whitmer said knowing who has antibodies for the virus and was therefore more immune to it was important to know so that people can return to work and perform other life tasks outside. Immunity can last for some time, but viruses can mutate overtime and cause more outbreaks in the future.

“Stay home” order to be extended

Whitmer said her administration was looking at an additional “stay home” order, and emphasized that staying home was the most effective way to curb the spread of the disease. Whitmer said she anticipates an additional order within the next week.