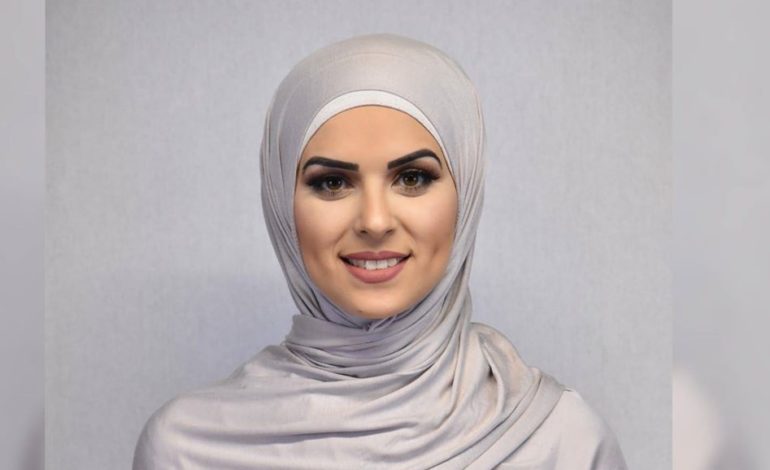 Balkees Sadek is survived by two daughters. An arrest has been made in the case of her possible murder.

DEARBORN – The Arab American News has learned that an arrest has been made in the possible murder case of Dearborn resident Balkees Sadek.

Hassan Asaad Alwaily, 32, was arrested and arraigned on Saturday, April 11 in the 19th District Court. According to public records obtained by The Arab American News, Alwaily is a habitual offender with a record of several criminal activities.

Sadek died sometime late Sunday, April 5 or early Monday, April 6. She was 29. Sadek was divorced and is survived by two daughters.

A bond was set by 19th District Court Judge Mark Somers for $500,000 cash following an arraignment hearing on Saturday, April 11. Alwaily’s lawyer, Amir Makled, told The Arab American News that he will be appealing Judge Somers’ bond decision in the Third Circuit Court Criminal Division. The hearing is scheduled for Friday.

“Our client maintains his innocence,” Makled said on Thursday. “It is our duty to make sure that justice prevails not only for the decedent but also the accused.

“We will defend our client to the fullest ability under the law. That is the right of all citizens under our judicial system. I appreciate the opportunity as a defense lawyer to have responsibility to represent the accused in this matter and based on the review of the current evidence available I’m confident my client will be acquitted.

The Arab American News has also learned that Sadek was found dead in the bathtub of her home with her clothes on. Her phone and purse were missing. There were no signs of a strangulation and no water in her lungs was found, according to an official source.

Please note: A criminal charge is merely an allegation and the defendant is presumed innocent unless and until proven guilty. This story will be updated as more information about this ongoing investigation is received.