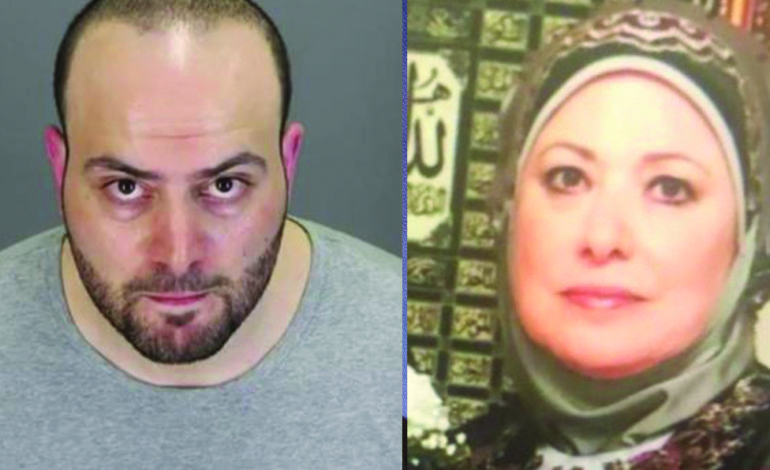 DEARBORN HEIGHTS — An awful crime was committed Thursday evening at Simone Street and John Daly in Dearborn Heights. Police are at the scene. Please be advised, the following story has disturbing details about the event.

The Arab American News learned that an Arab American in his 30s is on the run after allegations of the grisly murder of his mother. It also learned that the suspect’s name is Mohamed Ali Saad and that his mother, Fatme Saad, was killed in a violent manner in the basement of their house. Police are searching for Mohamed Saad, who is still at large.

A family member later told The Arab American News that Mohamed had mental health issues. The family member also said that Fatme and her husband were watching television when Mohamed called his mother down to the basement where he allegedly slit her throat. He then left the house and drove away.

After becoming aware of his wife’s absence, the father searched for Fatme and finally found her in the basement. There has been no report of Mohamed Saad’s arrest from Dearborn Heights Police at this time. Dearborn Heights Police called Saad a “person of interest” and an “endangered missing person” in the case. He is need of medication. Police said that all individuals involved have been identified and that they do not believe this was a random act.

Police received a 911 call regarding a woman who required medical attention in 27000 block of Simone Street around 7 p.m. Dearborn Heights Fire and Rescue and police officers responded to the home and found Fatme dead within the residence. Dearborn Heights Police Department are conducting the investigation in conjunction with Michigan State Police.