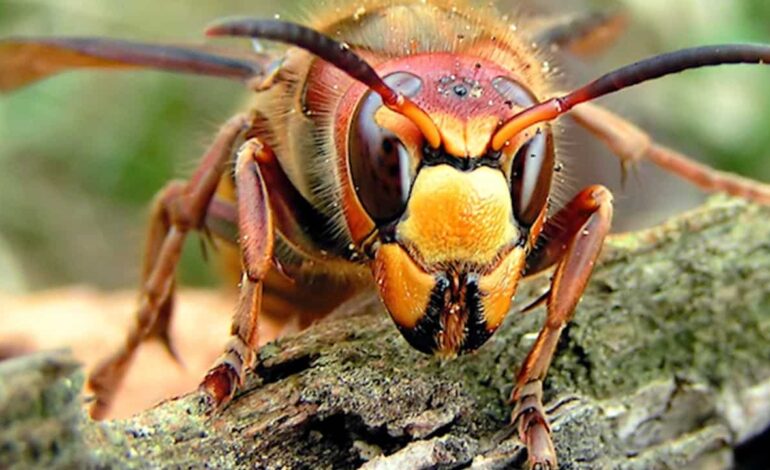 While there have been multiple reports of Asian giant hornets attacking beehives in Washington, it will be years before they spread to the Midwest according to a board certified entomologist.

Dubbed “Murder Hornets” by researchers, the species has a venomous sting that can kill a human if they are stung several times.

The hornets have been reported to kill between 20 and 50 people a year in Asia.

Now the hornets are being spotted in North America and beekeepers are worried.

They can apparently take apart a beehive in a matter of hours.

They are also strong enough to potentially puncture a beekeeper’s protective suit.

Luckily, for those living in the Midwest it will likely take decades before the hornets spread to this region.