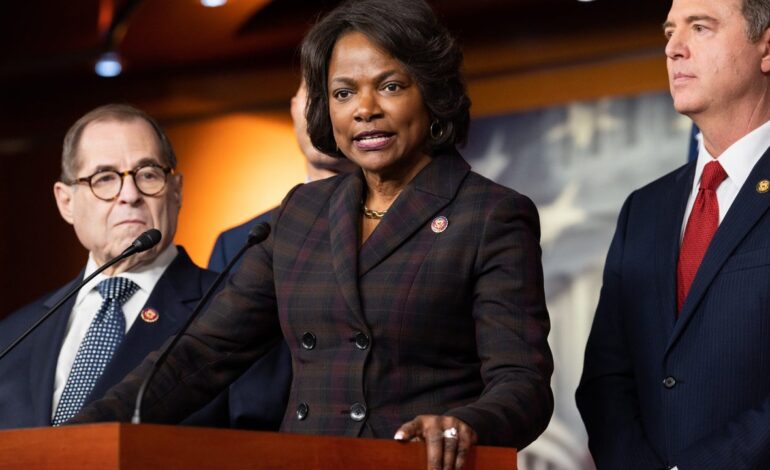 ORLANDO, FLA — Former Vice President Joe Biden said on Thursday that U.S. Rep. Val Demings (D-FL) was on his list of potential running mates, adding that he has just begun the process.

“She is one of a group of close to a dozen really qualified and talented women who are on the list,” Biden told WFTV in Orlando.

The interview was part of a “virtual campaign blitz” Biden held throughout the state on Thursday, during which he took part in a virtual roundtable with African American leaders in Jacksonville and held a virtual rally in Tampa.

Demings told MSNBC on Wednesday she would be honored to serve as Biden’s vice presidential pick.

“If asked, I would be honored to serve alongside Joe Biden and do everything in my power to get this country back on track, not just here in the nation, but around the world,” she said.

Demings previously served as Orange County, Florida’s police chief and was elected to the House in 2016. She served as one of seven impeachment managers during President Trump’s impeachment trial in the Senate.

“I have dedicated my life to public service and having served as a social worker, a career law enforcement officer, police chief and now a member of Congress, I chose tough jobs,” Demings said.

“As I look at the condition of our country, and the absolute lack of leadership, at the very least we ought to have a leader we can trust.

“We don’t have that right now,” she added.

Biden said in March that he would choose a woman as his running mate. Demings, Senator Elizabeth Warren (D-MA) and former Georgia gubernatorial candidate Stacey Abrams are among those the former vice president is thought to be considering for the post, according to a report from The Hill. Governor Whitmer is also reportedly on Biden’s list.