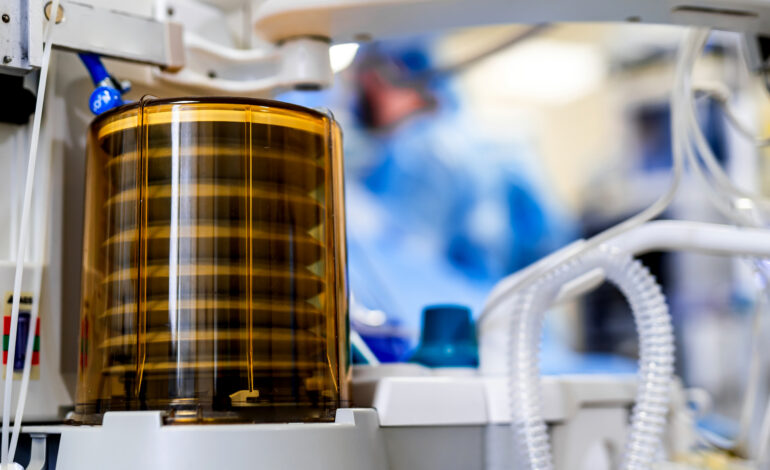 WASHINGTON, D.C. — The shortage of medical supplies and protective equipment to tackle the COVID-19 crisis in the U.S. became apparent early on in the pandemic. In Wayne County alone, workers at a prominent hospital spoke of under 100 masks at the beginning of the disease’s spread.

The country’s national strategic reserve of ventilators proved to be woefully inadequate and the unavailability of proper protective masks for health care workers is now a widely known issue. Manufacturers in states began switching over, or retooling, their factories to make some of this needed equipment, but the demand remains critically higher than the supply.

Now, some in the federal government are focusing on a key element of this shortage of medicine and equipment: The medical supply chain. The chain, as it stands, relies heavily on products made outside of the U.S. Officials are looking at the sustained, long-term and dedicated production of critical supplies, done domestically, and on a contract from the federal government.

Senator Gary Peters (D-MI) has introduced a pair of legislations to address these medical supply chain vulnerabilities. Peters, ranking member of the Senate Homeland Security and Governmental Affairs Committee, has been associated with exploratory work on medical supply shortages in the country, and unveiled a report last year detailing the problem as it relates to affordable prescription drugs.

The two proposed bills, the Pharmaceutical Accountability, Responsibility and Transparency (PART) Act, and the Help Onshore Manufacturing Efficiencies for Drugs and Devices Act (HOME) Act, harnesses the federal government’s power to track data on pharmaceutical manufacturing and its ability to coordinate the domestic manufacturing of medical equipment, such as ventilators and PPE. The bills will help the U.S. track and address potential shortages, determine which ingredients are made in the U.S. and decrease reliance on foreign supplies by outfitting U.S. manufacturing to ensure the long-term national supply.

“This coronavirus has very clearly exposed long-lasting vulnerabilities and security risks that we have had with our supply chain,” Peters said in a press call on Wednesday. “Over the last few months we have seen, in vivid terms, those risks and how they affect families, especially when it comes to some basic medical supplies like masks and gloves, testing kits, ventilators and regular drugs as well.”

Peters proposes awarding funding to qualified manufacturers to invest in advanced manufacturing and increased domestic production and encourages federal agencies to enter into long-term, high-volume contracts for these products. A new center within the country’s Health and Human Services Department will facilitate these investments and loan programs for construction and development of manufacturing facilities.

“That’s something that will take some time, but we need to start it now,” Peters said. “I would hope that one of the major lessons learned from this pandemic is that we cannot continue to offshore critical medical supplies and drugs and need to make them domestically.”

Peters said that he is optimistic about bi-partisan support for the bill among his colleagues in the U.S. Senate. The two bills are on their way be reviewed by the Senate Health, Education and Labor Committee.