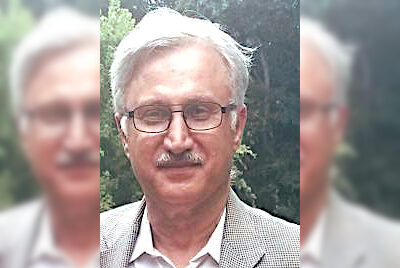 DEARBORN HEIGHTS – This week, the Dearborn Heights City Council, by a vote of 4-2, appointed Zouher Abdel-Hak as interim city treasurer. Abdel-Hak, who owns N.J. Diamonds in Dearborn, will serve as treasurer from June 29 until November 5, when a new treasurer will be elected by city residents.

Abdel-Hak will be replacing retiring City Treasurer John Riley, whom Abdel-Hak began training with on Thursday. Riley announced his retirement in December, after serving in the position for 26 years.

Originally, Riley had planned to retire by April of this year. The COVID-19 pandemic put the city under increased pressure and Riley offered to stay on and help until the end of June. The City Council had planned to vote on the interim appointment in March, a vote that was also postponed to this month due to the crisis.

About 10 residents applied for the position, with about half dropping out. Among the applicants were City Councilmembers Robert Constan and Lisa Hicks-Clayton, who are also on the ballot for the city treasurer election in November. Hicks-Clayton withdrew her application earlier because of court rulings regarding petition deadlines.

The deadline was later extended and Hicks-Clayton is now back on the ballot, but her application remained withdrawn. That left Constan in the running for the interim position, and was not allowed to vote on the appointment. Councilmembers Dave Abdallah and Ray Muscat voted for Constan, with the rest of the Council voting for Abdel-Hak. “With (Riley’s) retirement, I wanted to see if I could be of any help to the city and its Council, as I have been pushing for a forensic audit for several years,” Aldel-Hak told The Arab American News. “I have seen the misuse of certain restricted funds by the administration.”

Abdel-Hak said he wanted to help maintain the integrity of city records for the proposed forensic audit. The question of whether such an audit will occur has not been resolved, with Mayor Paletko pitted against a majority of the City Council on their plan to hire a private law firm to conduct it. Councilmembers such as Bill Bazzi and Hicks-Clayton think Abdel-Hak would be instrumental in maintaining the integrity of that process.

Abdallah said he voted for Constan because of his experience in city matters and the fact that he is also on the ballot, which allows for continuity and easier transition into the longer-term elected position. The city is looking at yet another resignation, with City Clerk Walt Prusiewicz unofficially announcing his earlier in the week.

There is major city business that has to be taken care of. Zouher has always been involved in politics in Dearborn and Dearborn Heights, but I was very surprised when some of the council member voted him in. — Councilman Robert Constan

Constan told The Arab American News that he was concerned the Council voted for Abdel-Hak without enough discussion and substantial information from the applicant. He said there were more qualified candidates in the pool and the Council should vote on city matters as a whole.

Abel-Hak submitted a letter of interest but no resume. Both were required by the application process. However, he told the City Council that he can provide references and a copy of his degree upon request.

“There is major city business that has to be taken care of,” Constan said. “Zouher has always been involved in politics in Dearborn and Dearborn Heights, but I was very surprised when some of the Council members voted him in.

“The treasurer not only has to keep the books balanced, but has to invest the hundreds of millions of dollars that the city has in the city accounts and the pension funds. Those pension funds are huge and it’s a big responsibility. That’s why typically it’s someone with investment experience.”

Abdel-Hak graduated with a bachelor’s degree in electrical engineering from Wayne State and has a graduate diploma in business management. He has worked with several companies and managed million dollar contracts for the U.S. Marine Corps and NATO. He has been in the jewelry business since 1994.

He has been attending City Council and school board meetings in Dearborn and Dearborn Heights since 1997. Though he wasn’t serious about running, he had put his name in to stay abreast of the process and had wanted Lynn Senia to get the appointment. Senia later withdrew her application.

“We followed the City Charter and went through a public interview process on Zoom and the public had input,” Hicks-Clayton told The Arab American News. “The Council voted and that’s how the votes fell. I don’t see where there was anything nefarious.

“Abdel-Hak is a business owner and has a graduate degree in business management. He is very involved in the city and attends all the meetings. He is very aware of the budget. The treasurer is a regulatory department, there is a lot of regulation and oversight; whereas the comptroller is the accountant. And I think that is an important (distinction).”