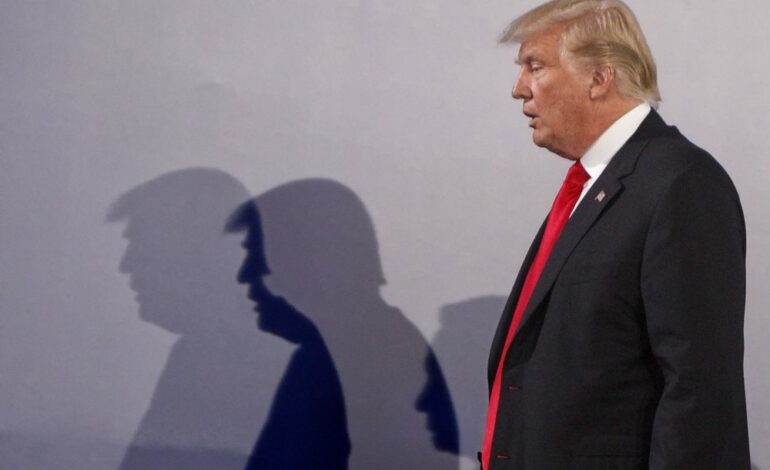 WASHINGTON, D.C. — In the aftermath of two major U.S. Supreme Court rulings against the Trump administration this week, the president lashed out on Twitter and called for “new justices” in the highest court in the country.

“The recent Supreme Court decisions, not only on DACA, Sanctuary Cities, Census and others, tell you only one thing, we need NEW JUSTICES of the Supreme Court,” Trump tweeted. “If the Radical Left Democrats assume power, your Second Amendment, Right to Life, Secure Borders and Religious Liberty, among many other things, are OVER and GONE.”

The recent Supreme Court decisions, not only on DACA, Sanctuary Cities, Census and others, tell you only one thing, we need NEW JUSTICES of the Supreme Court. If the Radical Left Democrats assume power, your Second Amendment, Right to Life, Secure Borders and…

Trump has also promised, over Twitter, a list of potential Supreme Court nominees by Sept. 1. The Supreme Court seats have been seen as crucial by both conservatives and Democratic Party supporters. Many cite a majority conservative Supreme Court to be detrimental to protecting abortion and immigration rights, among other top voter issues.

The tweets come as the Supreme Court voted this week in favor of two of these issues to the disappointment of conservatives across the country, including the Trump administration.

On Monday, the Supreme Court voted 6-3 to bar employers from firing someone for being gay or transgender. The administration previously argued that sexual orientation and gender identity are not part of the scope of the Civil Rights Act. (Dreamers) live each day with fear and uncertainty that without DACA protections they could be shipped away to a home they’ve never known. Today is a good day, but our work is not over. — U.S. Rep. Debbie Dingell (D-Dearborn)

To be sure, the ruling does not prevent the Trump administration from going after the program in the future.

“The Court’s decision was based on procedural — not policy— grounds, and the Trump Administration will almost certainly make efforts to articulate a new rationale for termination of DACA that may survive federal court scrutiny,” said Richard Herman, an immigration reform activist and founder of the immigration law firm the Herman Legal Group.

Research shows that 94 percent of DACA recipients are employed, paid $5.9 billion in taxes in 2018 and include 45,000 entrepreneurs. 542,000 are essential workers, with 62,000 in healthcare and 480,000 in other frontline work, showing DACA-eligible immigrants to be crucial to the fight against COVID-19.

“Today’s decision gives certainty and relief for the hundreds of thousands of Dreamers – who came to our country as children and only know one home,” U.S. Rep. Debbie Dingell (D-Dearborn) said. “These young people are Americans who contribute so many essential functions, pay taxes, serve in the military and are classmates, coworkers, neighbors and friends.

“They live each day with fear and uncertainty that without DACA protections they could be shipped away to a home they’ve never known. Today is a good day, but our work is not over. Our country’s immigration system is broken. For years farmers, our hospitality industry and businesses have struggled to get the workers they need. And we all remember the horror and inhumanity of families being torn apart at the border.”

Trump’s call for new justices is in line with his 2016 campaign promises to make the court more conservative. So far, Trump has appointed justices Neil Gorsuch and Brett Kavanaugh to the court. Gorsuch sided with the majority in Monday’s ruling and wrote the majority opinion.

Conservative Chief Justice John Roberts sided with the Supreme Court’s four liberal judges on the DACA decision and wrote the majority opinion, saying that the Department of Homeland Security’s 2017 “decision to rescind DACA was arbitrary and capricious under the Administrative Procedure Act.”

He also stated that DHS did not adequately consider the hardships and impact on DACA recipients, who were brought to the U.S. illegally as children by their parents.

Trump will have to wait until a sitting justice retires or dies before appointing another. So far, none of the liberal judges have said they are preparing to retire.