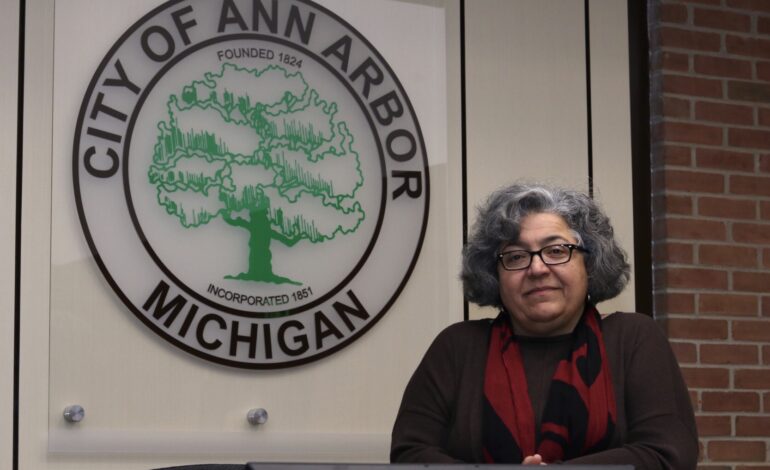 ANN ARBOR — A former board member of the Friends of the IDF (FIDF), a group that calls itself the sole representative of the Israel Defense Forces and is its biggest donor in the U.S., has expressed his objection to the candidacy of Ann Arbor City Council candidate Dr. Mozhgan Savabieasfahani.

For decades Savabieasfahani and others have been strong and public critics of Israel’s illegal occupation of Palestine and the U.S.’ military and economic support of Israel’s apartheid rule in the region. Savabieasfahani is a fixture during City Council meetings and was recently successful in pushing the body to consider discussing a possible boycott resolution.

Though that resolution never passed, Savabieasfahani has decided to run for a City Council spot representing Ward Four in the August 4 primary election, to make sure the official body declares support for Palestinians. Other long-term goals are for the City Council to bar Ann Arbor police officers from being trained by Israeli security forces, a move successfully made by the City Council in Durham, North Carolina last year.

Neal Elyakin, a past FIDF board member, has made contributions to Jen Eyer, one of Savabieasfahani’s opponent, and has publicly called Savabieasfahani’s platform anti-Semitic. Eyer herself was embroiled in a “dark money” scandal around running negative campaign ads against opponents, using money from undisclosed channels.

Hannan Lis, one of the FIDF’s Michigan chapter’s founders, has officially endorsed Eyer. Lis is board chairman of Detroit Public Television.

A longtime activist vies for an official seat

For a long time, Savabieasfahani and other anti-Israel protestors in Ann Arbor have maintained that their opponents have carefully conflated any criticism of Israel’s widely known and internationally condemned practices with racism and bigotry against Jewish people. Israeli forces like the IDF are recognized and condemned internationally for committing regular violence against Palestinians, including children. Pro IDF residents have tried unsuccessfully to insert themselves or their preferred candidates into the City Council and previously lost a campaign against Ann Arbor’s first Palestinian City Council member, Ali Ramlawi.

“I have to talked to several people in my city who are keen on what I am proposing,” Savabieasfahani, an environmental toxicologist by training, told The Arab American News. “$15 hour minimum wage, investment in public housing, the immediate clean up of Gelman dioxin contamination and an end to military aid to Israel.”

The City Council can pass its own resolution to end military aid to Israel, Savabieasfahani said. It can the press the state’s government to do the same and both bodies can push Congress to end support for Israel’s human rights violations. The Boycott, Divest, Sanction (BDS) movement has made significant headway in Ann Arbor in recent years, especially on the University of Michigan campus.

Big corporations and big military states who are behind the corporations, they benefit from raping the environment; and people like me that stand against apartheid states and pollution, we want to stop their toxic impact on our community and the environment — Dr. Mozhgan Savabieasfahani

Savabieasfahani also said Ann Arbor’s government has had a troubling history of allowing industry to pollute the city. She is seeking an immediate end to the long running and massive dioxin (a carcinogen) contamination of the city’s groundwater by Gelman Sciences and PFAS contamination by the Wixom-based company Tribar.

Savabieasfahani connects the destruction of the environment by industrial capital at home to imperial ambitions abroad that have tied the U.S. to its ally Israel in the Middle East as one singular drive against humanity and the planet.

“The powerful do not hear people with no political power or wealth,” she said. “They are more prone to hearing the rich and that has to change. Big corporations and big military states who are behind the corporations, they benefit from raping the environment; and people like me that stand against apartheid states and pollution, we want to stop their toxic impact on our community and the environment.”