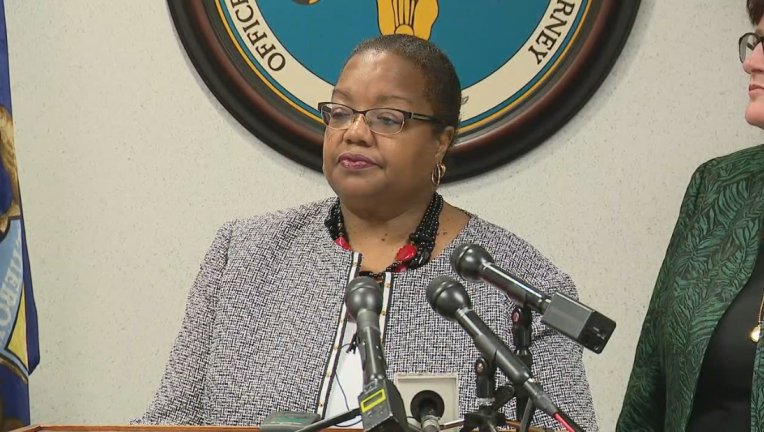 Clearly the upcoming November 2020 is a critical election: President Trump will be challenged by former Vice President Joe Biden in an election that will be historical and vital to us all. Yet as former Speaker of the House Tip O’Neill famously said, “All politics is local.”

I am actively encouraging and working to re-elect a woman of honor and integrity, Prosecutor Kym Worthy. During these difficult, stressful and unprecedented times, the Wayne County Prosecutor’s Office needs continued, proven, bold, thoughtful, competent and fearless leadership. A leader who has never been afraid to collaborate and innovate, Kym Worthy is just that person. She understands the importance of building alliances and partnerships which strengthen the diverse and vibrant communities that comprise the city of Detroit and Wayne County. Prosecutor Kym Worthy is a true public servant and a leader who served as our Wayne County prosecutor for the past 16 years. Her hard work, fairness, honesty and integrity make her worthy of our vote and her re-election. She has a record we can all be proud of.

I have been a close observer of Prosecutor Worthy in my roles as a resident of Wayne County, Michigan’s state superintendent of schools and president and CEO of the Detroit Wayne County Mental Health Authority. Her administration has been committed to being smart and tough on crime, not blindly “tough on crime.” She understands the responsibility of ensuring that all our communities are safe while working for equal justice under the law. She has always aggressively worked to protect the interests of victims of crime and has fought tirelessly to hold those inexcusably culpable accountable for their actions. She has a history of holding law enforcement officers accountable and improving relations between law enforcement and the greater community they serve.  This is not something new for Prosecutor Worthy. She first gained national attention in the early 90s when she prosecuted two police officers charged with second degree murder after beating to death Malice Green, an unarmed Black man. In 2004, she became the first African-American woman to serve as a county prosecutor in Michigan. Smart at combating crime to make our communities safe, she understands that there are social determinants to crime and works to ensure that our communities have more options than simply, “lock ‘em up” as the only solution to addressing crime. She understands that diversion to mental health and other social services is a much better and more effective response than simply absentmindedly dragging people through the criminal justice system.  She saw early-on that counseling and other services could be part of the solution to helping build stronger communities for all.

Long before it was fashionable and at a time when it was often subject to criticism, she developed and advanced alternatives to charging and rehabilitative programs. She created juvenile diversion programs that serve as an alternative to charging children and teenagers with minor property damage, theft, simple assault and similar offenses. She holds youth accountable without unnecessarily branding them as criminals for life. The youth meet with authorities and victims of their crimes as a part of the “Talk It Out” program to develop solutions short of formal charges. These smart responses to crime have proven their effectiveness. She created Wayne County’s first Elder Abuse Unit to help protect one of our state’s most vulnerable citizens. This unit is solely devoted to prosecuting crimes targeting elderly persons, such as crimes in nursing homes or adult foster care facilities.

Prosecutor Worthy realizes “the system” does not always get it right and aims to make the criminal justice system work to prevent and rectify. She launched the first conviction integrity unit in the state of Michigan to ensure that new claims of innocence are investigated and defendants who are wrongly convicted are exonerated and appropriately compensated.

She celebrates the diversity of our vibrant communities and actively meets with community leaders, not simply when problems pop up but on a regular basis. She has developed relationships with our multi-racial and ethnic communities and regularly engages in communication and information sharing that pays dividends of trust all year long.

She understands that mental illness is a condition affecting nearly every family in Wayne County. She understands that mental illness is a brain illness and that is why she has been a tireless advocate for treating rather than incarcerating a person, whether adult or juvenile, with mental disorders. To this end, her office has partnered with various courts, the Wayne County Jail, the mental health authority and community agencies to develop mental health diversion programs. Her office supports mental health treatment release initiatives for misdemeanor offenders and continues to support mental health and other treatment courts. Her actions and successful programs are copied by prosecutors across the state and country. Prosecutor Worthy is nationally known for her work in locating and testing the 11,341 sexual assault kits which were found abandoned in a Detroit Police Department warehouse.

Two of her proudest moments in life have been her induction into the Michigan Women’s Hall of Fame and being featured in the Emmy Award winning HBO documentary, I Am Evidence. Her work has changed lives for the better and that is certainly something to be proud of.

The Wayne County Prosecutor’s Office is by far the busiest in Michigan. There are 83 counties in Michigan, yet Worthy’s office handles 52 percent of all felony cases in the state and 64 percent of all serious felony cases which are tried by jury. She is known for stretching tax dollars and providing high quality services with limited public funding.

Re-electing Prosecutor Kym Worthy will continue to help move Detroit and Wayne County forward. She has earned our support.

VOTE in the Wayne County Primary on August 4. Request an absentee ballot. Vote absentee to avoid lines and COVID-19.

VOTE for Kym Worthy so she can continue her important work on behalf us all.