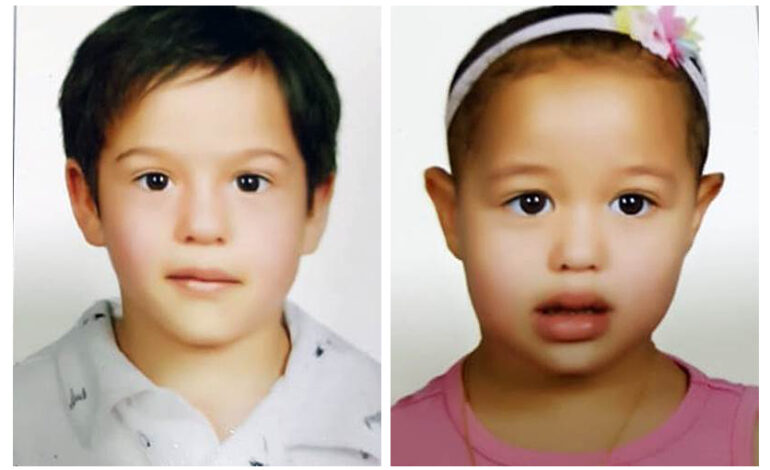 Hussein and Nour Al-Abdulaziz were abducted by their father and taken to Saudi Arabia in 2019. Photo courtesy: NCMEC

DEARBORN — Madonna Saad is imploring elected officials to help with the safe return of her 3-year-old twin children Nour and Hussein Al-Abdulaziz after an ongoing abduction case that has lasted almost a year.

On Aug. 6, 2019, the twins were taken by their father, Ali, a Dearborn resident, on what was supposed to be a three-week vacation to Saudi Arabia to see their grandparents. Two weeks later, Al-Abdulaziz contacted Saad and informed her that he had no plans to return home to the U.S. with the children.

Al-Abdulaziz was employed by the Detroit Metropolitan Airport and had his employee identification when he left the country. He contacted the airport a few weeks later to inform them that he won’t be returning to work, either.

In November, Third Circuit Court Judge Eric Cholack issued a court order ordering that the children be returned to the U.S. The couple had sworn during a court proceeding back in 2018 that they would settle and reside in the U.S., where they would raise their children.

Saad said she had multiple meetings with Saudi Embassy officials about the issue. Last year, the U.S. Consulate in Dhahran scheduled a welfare check, but the Ministry of Foreign Affairs of Saudi Arabia rescheduled it. No welfare check has occurred and there has been no further assistance from the Saudi government to the U.S. consulate or embassy in Saudi Arabia. Madonna Saad with her children

Saad, a registered nurse, has had meetings with officials in Washington D.C., including U.S. Rep. Debbie Dingell (D-Dearborn) and U.S Sens. Gary Peters and Debbie Stabenow (D-Michigan), to aid in the recovery of her children. She is also urging President Trump to take action and help bring her children home.

“Mr. President, I am pleading with you to help reunite my precious babies back to me, back to where they belong, in the arms of their mother,” Saad said.

Saad also reached out to the Al-Abdulaziz family in Dearborn, who refused to help and denied that the children were abducted by their father. The couple are legally married in Michigan. Saad received video late last year of the children referring to their grandmother as their mother.

The U.S. Dept. of Justice considers abduction a serious form of child abuse. Hussein and Nour Al-Abdulaziz are listed on the National Center for Missing and Exploited Children (NCMEC): https://www.missingkids.org/poster/NCMC/1371206/2

Saad has sent over a message to The Arab American News for her children and Ali:

Nour and Hussein, I miss you and love you. I am reaching for you every day. Ali, you promised before God and under oath you would not do this. Come back. Make this right for our children. They do not deserve this.  Please wake up! I tried every channel to reach you and you ignored me and everyone else trying to help with this, including family, friends, community leaders, community members and the court. Please wake up and make this right. All I want is  love, peace, and respect. Nour and Hussein deserve to learn and live in the presence of their mother.