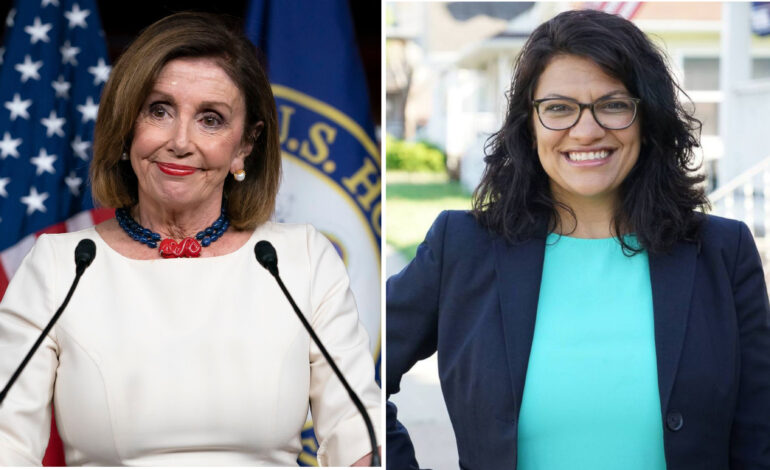 The popular U.S. Rep. has also earned endorsements from the Sierra Club, the UAW, Michigan AFL-CIO and others.

“Representative Rashida Tlaib is a tireless advocate for the residents of Michigan’s 13th Congressional District,” Pelosi said. “Her leadership has secured critical funding to stop water shutoffs and replace lead pipes. During the pandemic, she helped get the Federal Reserve Bank to assist local governments facing debt caused by this crisis.

“Tlaib never stops fighting for her district, which she is proud to represent. And I am proud to endorse her for re-election.”

During her first term, Tlaib has delivered strong constituent services to the residents of her district, returning nearly $1 million directly to residents by addressing their everyday needs through the four neighborhood service centers she opened.

Tlaib has also introduced numerous pieces of legislation tackling issues such as banning facial recognition technology and anti-poverty programs such as the BOOST Act, which would provide a refundable tax credit to help working families and cut the poverty rate in the United States by 45 percent. Tlaib also secured $22.5 billion to replace lead drinking water pipes and her bi-partisan legislation to protect retirees and seniors from fraud was signed into law by President Trump.

“Speaker Pelosi’s advice to me early on in my first-term was to make sure to ‘stay focused on the district,’” Tlaib said. “I’m proud to say that my team and I have done just that for the residents of the 13th Congressional District and I look forward to continuing to deliver for my constituents. I deeply appreciate the support and endorsement of Speaker Nancy Pelosi.”

Above: The 13th Congressional District. The district includes parts of Detroit and Dearborn Heights.