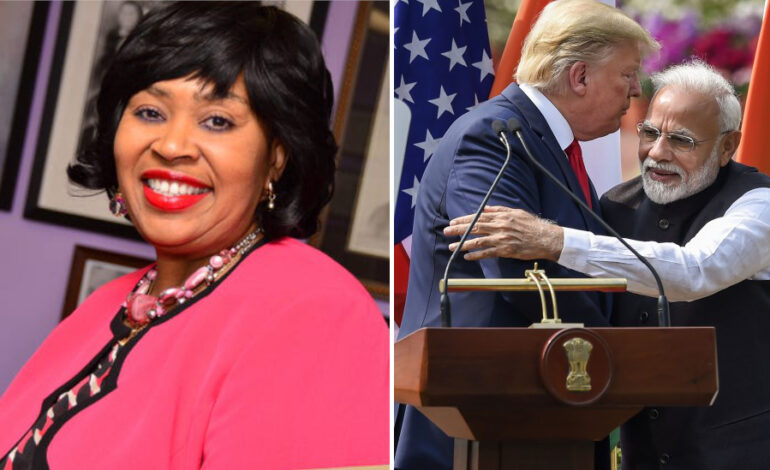 Representing one of these interests is an influx of supporters of Indian nationalist Prime Minister, and friend of President Trump, Narendra Modi, presumably due to Tlaib’s support of human rights in the Kashmir. The region has long been devastated by India’s ongoing military occupation and current lockdown.

Modi’s government is also widely criticized for its attempt to pass racist citizenship laws in the country, a move that has sparked widespread protests. Detroit itself has seen protests against the Indian government’s treatment of Kashmir and its nationalist laws that target minorities.

Tlaib has been vocal about the stripping of autonomous rights of the Kashmiri people and has said India’s unacceptable actions in the region strip Kashmiris of “their human dignity, put millions of people in danger and seriously undermine democracy in India and Kashmir.” The Jones campaign’s financial records reveal donations from the Bhutadas, spokespeople for the #HowdyModi U.S.-India engagement campaign, who welcomed Trump and Modi to a sold-out rally in Texas last year.

Mihir Meghani is the cofounder of the Hindu America Foundation, a supporter of Hindu nationalism in India and a pro-Modi group. Separately, an investigation by Detroit writer Tom Perkins shows Jones to have the financial support of prominent real-estate developers and wealthy Trump supporters. While on Detroit City Council, Jones has voted to approve more than $300 million in tax breaks to those developers, diverting money from Detroit schools.

Tlaib’s district covers much of the western and southwestern parts of Detroit and includes a portion of Dearborn Heights as well neighboring cities like Melvindale, Inkster, Ecorse and Garden City. Jones has been Detroit City Council president since 2005. She lost the 13th Congressional District race to Tlaib in 2018.

Michigan is all set for its August 4 elections on Tuesday. Voting locations, local clerks, sample ballots and more can be looked up at https://mvic.sos.state.mi.us/Clerk