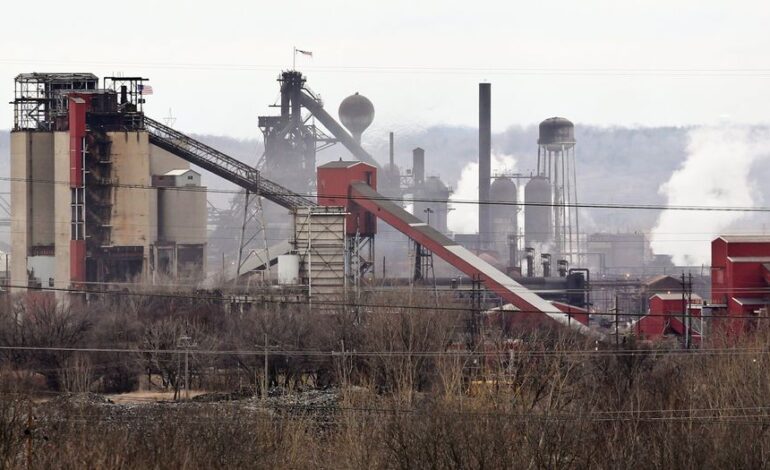 This comes after months of conversations, led by Dingell, Hammoud and community advocates seeking to curb the long-running environmental problems associated with the steel plant at the Dearborn and Detroit border.

“After lengthy and productive conversations with Cleveland Cliffs, they fully understand the community’s concerns and have expressed their strong desire to change the relationship of previous owners with the community,” Dingell said. “The action today is a demonstration of that commitment, Cleveland Cliffs has indicated they have begun what they intend to be regular meetings with community leaders on a regular basis and intend to work together to hear and respond to the needs and concerns of the community. We will keep working together to ensure that goal is met.”

Cleveland Cliffs announced it would acquire AK Steel in December 2019. Hammoud said that since then it entered into conversations with concerned parties to prioritize the concerns and well-being of the surrounding community.

“The withdrawal of these permits is a strong signal from the new ownership that they hear us and want to work with us,” Hammoud said. “We’re hopeful this is just a first step on a long path to improve the quality of life for our residents.”

The withdrawal of these permits is a strong signal from the new ownership that they hear us and want to work with us — State Rep. Abdullah Hammoud (D-Dearborn)

In March, Hammoud, Dingell and other officials urged Cleveland Cliffs to take necessary measures to protect the safety and health of the workers after it was discovered that at least one worker at the AK Steel plant had tested positive for COVID-19. The officials had received complaints of a lack of cleaning, disinfecting and adherence to social distancing guidelines.

For years, Hammoud, Dingell and others have called out AK Steel for its long-term hazardous impact on air quality and public health of the district’s residents. Just last year, Dingell and Hammoud held multiple town halls and press conferences  to discuss the hundreds of pollution-related events tied to the steel factory that overlooks the playground of Salina Intermediate School.

The Arab American News has conducted several special reports, going back to 2014, on community concerns over the pollution caused by the plant. Incidence of asthma and other breathing disorders become evident as the plant continued to shirk modern environmental requirements while the state’s environmental agency looked the other way.

During his first year in office, Hammoud was part of a campaign to hold AK Steel to modern environmental standards, as the Michigan Economic Development Corporation (MEDC) agreed to circumvent the state’s legislature and provide the company $20 million in tax breaks without requiring it to meet those standards.

The plant, previously called Severstal, was originally Russian-owned and was sold to AK Steel for $700 million in July 2014.