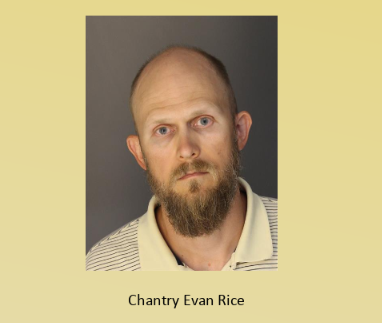 The Dearborn Police Department asks anyone who has information regarding Chantry Rice or recognizes the jewelry below to call them at 313-943-2273.

DEARBORN — Police say the victim of a mid-July homicide victim was Maxine Callaghan, 93, a “vibrant and independent” woman who gave back to her community at the time of her death. Callaghan was a volunteer at The Henry Ford. She was also well known in her community and described to have enjoyed bird watching and taking walks around her neighborhood.

On July 22, Dearborn police officers discovered Callaghan’s body inside her home on the 21000 block of West Outer Drive. The on-scene investigation determined she had been injured and that there were items missing from her home.

A number of jewelry items were stolen from the home including pearls, earrings and necklaces.

On Wednesday, police connected Chantry Evan Rice, a 40-year-old Dearborn man, to Callaghan’s death. He was charged by the Wayne County Prosecutor’s Office with homicide-felony murder.

Rice had worked as a border patrol agent in Texas for several years before moving to Michigan; in Dearborn, he worked jobs around his neighborhood, like cutting grass.

Rice was denied bond on a charge of felony murder at his arraignment on August 7. He’s due for a probable cause conference on August 21 before Judge Mark Somers in Dearborn’s 19th District Court.

The Dearborn Police Department is asking for the public’s assistance in identifying any of the jewelry pieces as shown, as well as any information regarding Rice. They want anyone who knows Rice, or who had him do jobs like cutting their grass, to call the department at 313-943-2273.