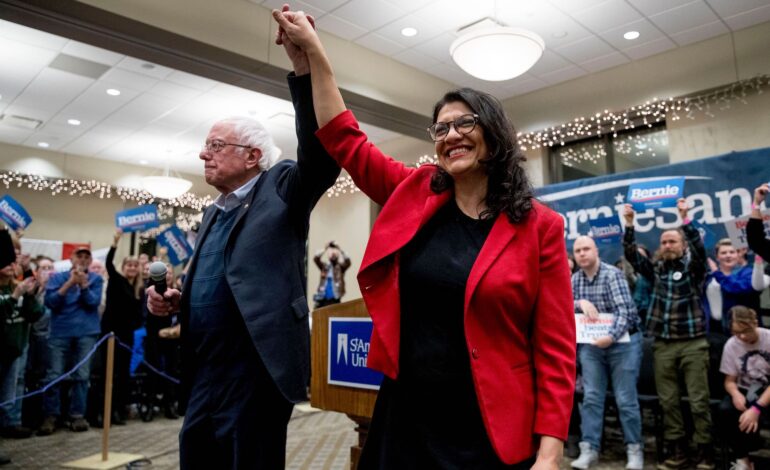 WASHINGTON, D.C. — Democrats kicked off a four-day virtual convention on Monday that is set to end in the official presidential nomination of Joe Biden and his running mate, Kamala Harris.

The COVID-19 pandemic has forced the party to overhaul its planned, in-person convention in Milwaukee, Wisconsin. The event will instead be live-streamed, with several prominent speakers and delegates from all over the country making the case for a Biden presidency.

However, some delegates took the opportunity to point out the insufficiency of the party platform. Most notably, U.S. Rep. Rashida Tlaib (D-Detroit) took to Twitter to post a photo of her DNC ballot, showing she voted for former progressive candidate Bernie Sanders. Tlaib also voted no on the party platform, reasoning that it lacks a push for single-payer healthcare system in the U.S.

“Today, I cast my DNC ballot and voted NO on the proposed platform,” Tlaib said. “I constantly hear from constituents demanding we push for a single-payer system and away from this for-profit system that is leaving people to suffer and die just because they cannot afford health care.”

Today, I cast my DNC ballot and voted NO on the proposed platform. I constantly hear from constituents demanding we push for a single-payer system and away from this for-profit system that is leaving people to suffer and die just because they cannot afford health care. 1/2 pic.twitter.com/cYghYNu6TI

She also called for more serious engagement with working class issues and a real ousting of “oppression and greed” in the country.

Tlaib’s vote for Sanders remains largely symbolic as its traditional for delegates to cast votes for candidate they previously campaigned for. Sanders himself has wholeheartedly endorsed Biden several times since suspending his campaign in April and is set to speak at the convention itself.

Though polls show overwhelming support for Medicare-for-all among Democratic voters, Biden himself has yet to formally and openly embrace the notion of Medicare-for-all.

For her part, Harris has called for a hybrid system, which expands coverage under the current Medicare system by adding requirements to ensure lowers costs and expands services, without abolishing private insurance. Rather confusingly, she showed strong support for eliminating private insurance by cosponsoring Sanders’ single-payer health bill last year and even raised her hand in support of single-payer during a candidate debate, before reversing that position.

Fear grows in the DNC over Trump’s tactics

By far, polls in battleground states seem to show a favorable opinion towards a Biden presidency in the country, enough to push President Trump’s campaign to advertise its own polling platform on social media sites.

But Democratic officials and volunteers remain anxious that Trump will make voting as difficult as possible during the pandemic through his new control over the U.S. Postal Service. Trump has also previously signaled that he won’t accept the election’s outcome should he lose the vote in November.

Over Twitter, former President Obama said Trump’s administration is “more concerned with suppressing the vote than suppressing a virus.” A late July Reuters poll shows eight of 10 Democrats are concerned about voter suppression.

Several Republicans are set to speak at the DNC, including former Ohio Governor John Kasich, former New Jersey Governor Christine Todd Whitman and former Hewlett Packard Enterprise Chief Executive Meg Whitman. Some Democrats are uncomfortable with this inclusion and are concerned it will take time away from key progressive speakers like Sanders and U.S. Rep. Alexandria Ocasio-Cortez (D-NY).

Other speakers include former First Lady Michelle Obama, Michigan Governor Whitmer and Minnesota Senator and former Democratic presidential candidate Amy Klobuchar. Biden, who will formally be nominated on Tuesday, will give his acceptance speech on Thursday, capping the convention. Harris will deliver her speech on Wednesday.

A livestream of the convention can be viewed here: https://www.youtube.com/demconvention