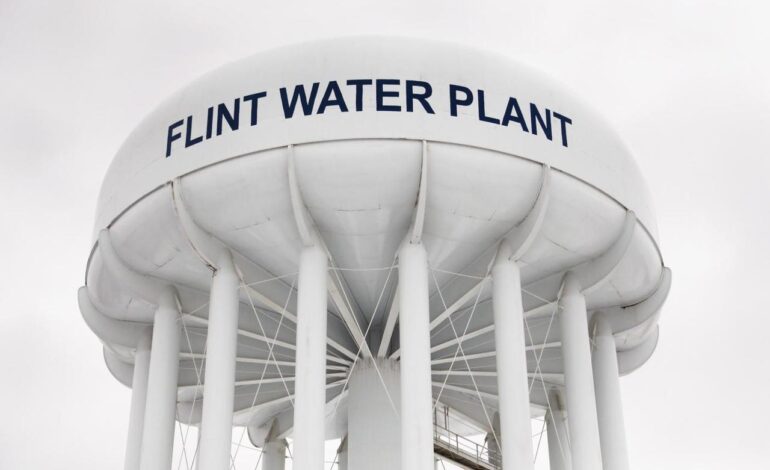 FLINT — Michigan Attorney General Dana Nessel announced on Thursday that a preliminary agreement in the Flint water-related civil lawsuits has been reached, offering a state of Michigan-backed settlement of $600 million to parties who claim they were affected by the Flint water crisis.

The settlement has been agreed to by state parties and the plaintiffs’ legal counsel following more than 18 months of negotiations. Several steps must be taken before money will be disbursed. The crisis is traced backed to 2014 when Flint transitioned its public water supply to the Flint River, with the majority of the money going to settle claims filed on behalf of children.

A summary of the preliminary settlement is available to the public on the state’s website. The formal settlement is expected to be completed within about 45 days, after which more details surrounding the settlement and the process for claimants going forward will be made available.

Approval of the settlement agreement must also be given by U.S. District Court Judge Judith Levy, Michigan First District Court of Appeals Judge Christopher Murray and Genesee County Circuit Court Judge Joseph Farah. The AG’s office said that, if approved, the settlement will likely to be the largest in the state government’s history, affecting tens of thousands of people and resolving more than 100 cases in state and federal trial and appellate courts.

“Providing relief for the people of Flint and resolving these long-standing legal disputes has been a top priority for me since taking office,” Nessel said in a statement. “Flint residents have endured more than most and to draw out the legal back-and-forth even longer would have achieved nothing but continued hardship.

“This settlement focuses on the children and the future of Flint, and the state will do all it can to make this a step forward in the healing process for one of Michigan’s most resilient cities. Ultimately, by reaching this agreement, I hope we can begin the process of closing one of the most difficult chapters in our state’s history and writing a new one that starts with a government that works on behalf of all of its people.”

Several other defendants are still being sued by the plaintiffs and have not signed on to the settlement agreement with the state. This includes the engineering consultants Veolia North America and Lockwood, Newnam and Andrews, who are also being sued by the attorney general for their roles in affecting the water supply. The state said it hopes that some of those entities will join the settlement within the next 45 days. A 2018 photo shows a Flint resident warming bottled water to give her son a bath. Many Flint residents were fearful of their tap water long after the state switched the main water source and replaced thousands of lead-tainted pipes. Photo: Brittany Greeson/TIME

The AG’s office said on Thursday that according to the preliminary agreement, 80 percent of the net settlement fund will be spent on claims of children who were minors when first exposed to the Flint River water, with a large majority of that amount to be paid for claims of children age 6 and younger.

A further 2 percent will be earmarked for special education services in Genesee County. Another 18 percent of the net settlement funds are to be spent on claims of adults and for property damage. Roughly 1 percent will go toward claims for business losses.

“Protecting all Michiganders and their access to clean water is a priority for my administration to make sure nothing like this ever happens again,” Governor Whitmer said in a statement. “What happened in Flint should have never happened and financial compensation with this settlement is just one of the many ways we can continue to show our support for the city of Flint and its families.”

Above: A video message from Governor Whitmer regarding the preliminary settlement, Thursday, Aug. 20

The state will have contributed more than $1 billion to aid in the city’s relief and recovery efforts if the settlement is approved and funds are distributed to claimants. Previously, the state doled out $97 million to replace all of the Flint’s lead water service lines. To date, the state has spent more than $409 million in response to the Flint water emergency.

As with civil lawsuits of this nature, the amount of money to be paid to individual claimants won’t be determined until the claims process proceeds, as it depends, in part, on the number of claims submitted and found to be eligible.

Additional details surrounding the settlement, including compensation categories, eligibility criteria, the claims process and more will be on the website flintsettlementfacts.org when the settlement documents are completed.