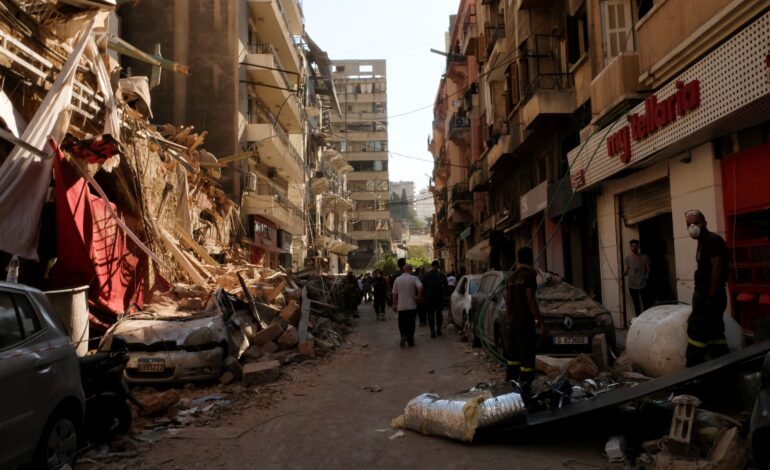 A letter co-led by Tlaib, Dingell and dozens of members of Congress also urges the administration to allow those affected by the catastrophe to find safe haven in the U.S. All photos: Reuters

WASHINGTON, D.C. — U.S. Reps. Rashida Tlaib (D-Detroit) and Debbie Dingell (D-Dearborn) are co-leading an effort to put pressure on the Trump administration to use its powers to defer deportation of Lebanese nationals in light of the Aug. 4 Beirut explosion.

The relief effort for the people of Lebanon comes after the Beirut disaster killed hundreds, wounded thousands, left an estimated 300,000 homeless and destroyed much of the Lebanese capital. Deportation to a disaster-ridden country will add to the humanitarian crisis facing the Lebanese at this time.

In a letter this week, Tlaib and Dingell joined House Judiciary Committee Chairman Jerrold Nadler (D-NY), and dozens of members of Congress, to urge President Trump and Acting Secretary of Homeland Security Chad Wolf to immediately designate Lebanon for Temporary Protected Status (TPS) or Deferred Enforced Departure (DED) and provide a safe haven to Lebanese nationals in the U.S. in the wake of the Beirut disaster.

The letter also urges the administration to welcome individuals and families permanently displaced by this disaster to the U.S. through any and all means at its disposal, including humanitarian parole.

The letters cosigners note the difficulty that the Beirut explosion has added to the already precarious economic and political situation in Lebanon. Before the blast, the country had already been dealing with a worsening COVID-19 pandemic and uncertain debt talks with the IMF. An apartment building damaged and left uninhabitable by the Aug. 4 port side blast in Beirut

To turn away families in desperate need of refuge goes against everything we as Americans stand for. — Letter signed by 81 members of the U.S. Congress

“As news reports of the impact of the Beirut explosion continue to unfold, it is clear that Lebanon is not in a position to safely accept the return of its citizens at this time,” the letter reads. “Given the sheer scale of the crisis, it is imperative that the administration take immediate steps to exercise its discretion — as a matter of national interest — to allow Lebanese nationals to remain in the United States at this time, by designating Lebanon for TPS or DED.”

The letter notes that the Immigration and Nationality Act (INA) gives authority to the executive branch to grant TPS to individuals who are nationals of a country that has been designated as unsafe for return due to “extraordinary and temporary conditions.” Similarly, an executive order or a presidential memorandum can grant nationals of a country a temporary administrative stay-of-removal in the form of a DED.

“Additionally, given the extent of the destruction in Beirut, the imminent homelessness of hundreds of thousands of people and the impending humanitarian crisis in Lebanon, we urge you to welcome to our country individuals and families permanently displaced by this disaster through any and all means at your disposal, including humanitarian parole…To turn away families in desperate need of refuge goes against everything we as Americans stand for,” the members added.

The full text of the letter is available here.