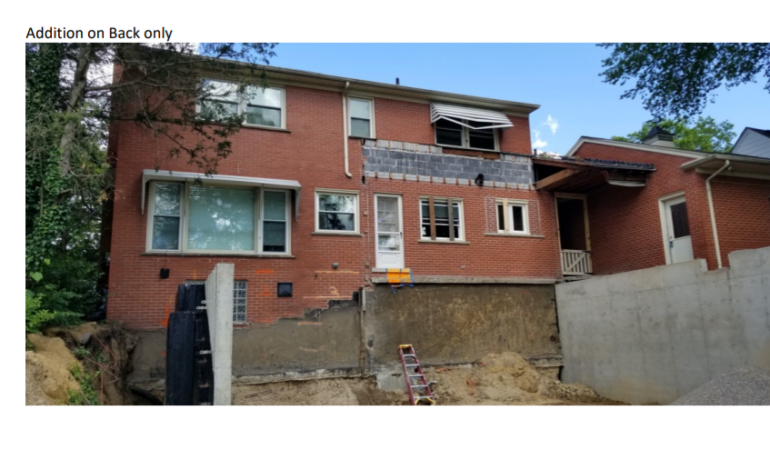 DEARBORN — Out of seven lawsuits between the Dearborn Hills Civic Association and residents of the community, at least one is still ongoing.

Nasser Beydoun, a resident of Dearborn since 1969, bought his property in Dearborn Hills in September 2019, but said this lawsuit was filed against him before he even bought the home.

“This has been going on for three years,” he said. “They filed a lawsuit against me before I even owned the house or had permits or anything.”

Beydoun said the ongoing issue is that he wanted to install an addition onto his home.

“The association hires John Cusick to basically look over everything,” he said. “If he doesn’t like it, it doesn’t happen. They sued me before I was able to pull the permits, but now that this is in court, I can’t do anything to my home.”

According to the Dearborn Hills Civic Association website, Cusick is a vice president of the board, in charge of records and a plan inspector.

Beydoun also said he believes this is racially motivated.

“No one on the board is Arab American,” he said. “I do believe it’s racially motivated because they are only suing Arab Americans in the neighborhood.”

With a neighborhood that is culturally diverse, Beydoun said he believes the association is bullying Arab Americans.

“They never reached out or anything, just sued us,” he said. “And this is how they try to bully us so that Arab Americans don’t move into the neighborhood. That’s what their goal is.”

Beydoun said he is filing an emergency motion for a preliminary injunction.

“This will at least allow me to continue to build,” he said. “We are trying to negotiate, but I just want to build my house.”

Beydoun said he can’t do this alone.

“I want the board to reflect the community,” he said. “Or a committee to be started to bring on more Arab Americans in this decision making. Arab Americans need to be involved so we don’t continue to be under-represented.”

On July 21, the board posted on its neighborhood news page that the allegations of racism were false and “slanderous.”

“Recently, Channel 7 did a news report about a disgruntled property owner, two residents and their complaints about the Dearborn Hills Civic Association (DHCA) plan review process,” the post read. “We were saddened to see that the reporter did not include the many additional details we shared, establishing that the accusations of discrimination are wholly unfounded and slanderous.”

“I moved into Dearborn Hills in 2007,” he said. “I have raised my family of four kids here. As my family grew, I needed my home to grow. We had our plans approved and were getting ready to build, but then a new board came in and denied my already approved plans.”

While Sayed said that they won that case in court, he himself has experienced what he believes to be racism from the board.

“I was interested in joining the board and was actually selected for a trustee position,” he said. “Within a week I was told the position was no longer available.”

The board’s post also said that its approval process is strictly based on deed restrictions.

“All plan reviews are accepted or rejected based on the deed restrictions,” the post said. “A person’s sex, race, ethnicity, nation of origin, religion, sexual orientation, gender identity, disability status or any other trait of that person has no bearing in how these decisions are made.”

Sayed said that based on what he’s currently experiencing, that’s also not true.

“When we started wanting to expand our porch, we were denied,” he said. “They claim that the porch we wanted to build doesn’t match the harmony and conform to the neighborhood, but there are several homes in the area that have similar designs.”

The denial letter, which was sent to Sayed by Cusick, also said that the porch wouldn’t be “in balance” with the home.

“While a similar porch was approved a few years ago, that home was much larger and wider, with building extensions on both sides of the porch, and on a large corner lot,” the letter said. “The resulting impact was much less and in balance with the house and its surroundings, while in your case it is not.”

The letter also suggested Sayed look at other options of improving his home.

“We certainly support your desire ‘to enhance the appearance’ of your home from the street and agree that a covered front porch could be useful and attractive; we suggest a smaller porch and less walkway pavement be considered,” it said. “There are many examples of smaller front porches in the neighborhood that would be suitable here. Please take a look at two covered front porches on Claremont with a faux balcony design that would resolve the shallow pitch issue on the porch roof; perhaps with a metal railing above rather than painted wood? Something of that nature could be most attractive and meet your needs.”

Sayed said that he believes the arguments to be racially biased.

“It’s sad that we are enduring this racial treatment,” he said. “They are extremely hateful and this hurts. I’ve lived in Dearborn all my life and here we are being treated with bias and discrimination. I wanted a nicer porch to be closer to my neighbors and be able to watch my daughters play in the front yard. It’s just a porch and now they won’t return my calls.”

“We’re a place where we love and respect our neighbors,” the post said. “We treat others as we’d like to be treated.  While we are seeing places all over the country where people are divided on issues of race, politics and many other issues, Dearborn, and especially Dearborn Hills, has always been an oasis. Our home should be a safe place away from all that conflict.”

Sandy McKenty, president of Dearborn Hills Civic Association, said that it is against policy to respond.

“It is our policy not to comment on current litigation,” she told The Arab American News. “Our webpage includes a full response to false and defamatory claims made about us. We are a welcoming and inclusive neighborhood.  We stand up for all our residents and the deed restrictions that make our community such a beautiful place to live. “