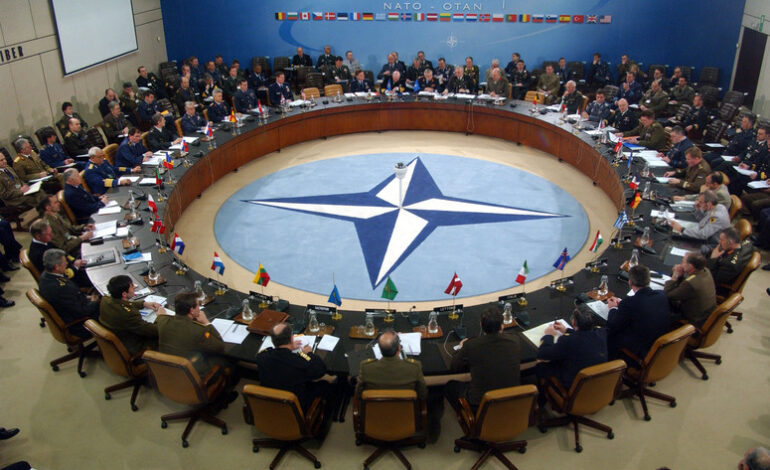 The brewing conflict over territorial waters in the Eastern Mediterranean indicates that NATO, the military union between Western countries is faltering.

The North Atlantic Treaty Organization (NATO) is an alliance in name alone. Recent events notwithstanding, the brewing conflict over territorial waters in the Eastern Mediterranean indicates that the military union between mostly Western countries is faltering.

The current Turkish-Greek tension is only one facet of a much larger conflict involving, aside from the two Mediterranean countries, Israel, Egypt, Cyprus, France, Libya and other Mediterranean and European countries. Notably absent from the list are the United States and Russia; the latter, in particular, stands to gain or lose much economic leverage, depending on the outcome of the conflict.

Conflicts of this nature tend to have historic roots — Turkey and Greece fought a brief but consequential war in 1974. Of relevance to the current conflagration is an agreement signed by Israeli Prime Minister Benjamin Netanyahu and his Greek and Cypriot counterparts, Kyriakos Mitsotakis and Nicos Anastasiades, respectively, on January 2. The agreement envisages the establishment of the EastMed pipeline which, once finalized, is projected to flood Europe with Israeli natural gas, pumped mostly from the Leviathan Basin. Several European countries are keen on being part of, and profiting from, the project. But Europe’s gain is not just economic, but also geostrategic. Cheap Israeli gas will lessen Europe’s reliance on Russia’s natural gas, which arrives in Europe through two pipelines, Nord Stream and Gazprom, the latter extending through Turkey.

Gazprom alone supplies Europe with an estimated 40 percent of its natural gas needs, thus giving Russia significant economic and political leverage. Some European countries, especially France, have labored to liberate themselves from what they see as a Russian economic chokehold on their economies.

Indeed, the French and Italian rivalry currently under way in Libya is tantamount to colonial expeditions aimed at balancing out the over-reliance on Russian and Turkish supplies of gas and other sources of energy.

Fully aware of France’s and Italy’s intentions in Libya, the Russians and Turks are wholly involved in Libya’s military showdown between the Government of National Accord (GNA) and forces in the East, loyal to General Khalifa Haftar.

While the conflict in Libya has been under way for years, the Israel-et al EastMed pipeline has added fuel to the fire: Infuriating Turkey, which is excluded from the agreement; worrying Russia, whose gas arrives in Europe partially via Turkey, and empowering Israel, which may now cement its economic integration with the European continent.

Anticipating the Israel-led alliance, on November 28, 2019, Turkey and Libya signed a Maritime Boundary Treaty, an agreement that gave Ankara access to Libya’s territorial waters. The bold maneuver allows Turkey to claim territorial rights for gas exploration in a massive region that extends from the Turkish southern coast to Libya’s north-east coast.

The “Exclusive Economic Zone” (EEZ) is unacceptable in Europe because, if it remains in effect, it will cancel out the ambitious EastMed project and fundamentally alter the geopolitics — largely dictated by Europe and guaranteed by NATO — of this region.

However, NATO is no longer the once formidable and unified power. Since its inception in 1949, NATO has been on the rise. NATO members have fought major wars in the name of defending one another and also to protect “the West” from the “Soviet menace.”

NATO remained strong and relatively unified even after the dismantlement of the Soviet Union and the abrupt collapse, in 1991, of its Warsaw Pact. NATO managed to sustain a degree of unity, despite its raison d’être — defeating the Soviets — being no longer a factor, because Washington wished to maintain its military hegemony, especially in the Middle East.

While the Iraq war of 1991 was the first powerful expression of NATO’s new mission, the Iraq war of 2003 was NATO’s undoing. After failing to achieve any of its goals in Iraq, the U.S. adopted an “exit strategy” that foresaw a gradual American retreat from Iraq while, simultaneously, “pivoting to Asia” in the desperate hope of slowing down China’s military encroachment in the Pacific.

The best expression of the American decision to divest militarily from the Middle East was NATO’s war on Libya in March 2011. Military strategists had to devise a bewildering term, “leading from behind”, to describe the role of the U.S. in the Libya conflict. For the first time since the establishment of NATO, the U.S. was part of a conflict that was largely controlled by comparatively smaller and weaker NATO members — Italy, France, Britain and others.

While former President Obama insisted on the centrality of NATO in U.S. military strategies, it was evident that the once-powerful alliance had outweighed its usefulness for Washington.

It’s a strange and unprecedented spectacle when countries like Israel, Greece, Egypt, Libya, Turkey and others lay claims over the Mediterranean, while NATO scrambles to stave off an outright war among its own members.

France, in particular, continues to fight for NATO with the same ferocity it fought to keep the European Union intact. It is this French faith in European and Western ideals that has compelled Paris to fill the gap left by the gradual American withdrawal. France is currently playing the role of the military hegemon and political leader in many of the Middle East’s ongoing crises, including the flaring East Mediterranean conflict.

On December 3, 2019, France’s Emmanuel Macron stood up to President Trump at the NATO summit in London. Here, Trump chastised NATO for its reliance on American defense and threatened to pull out of the alliance altogether if NATO members did not compensate Washington for its protection.

It’s a strange and unprecedented spectacle when countries like Israel, Greece, Egypt, Libya, Turkey and others lay claims over the Mediterranean, while NATO scrambles to stave off an outright war among its own members. Even stranger, to see France and Germany taking over the leadership of NATO while the U.S. remains, thus far, almost completely absent.

It is hard to imagine the reinvention of NATO, at least a NATO that caters to Washington’s interests and diktats. Judging by France’s recent behavior, the future may hold irreversible paradigm shifts. In November 2018, Macron made what then seemed as a baffling suggestion, a “true, European army.” Considering the rapid regional developments and the incremental collapse of NATO, Macron may one day get his army after all.