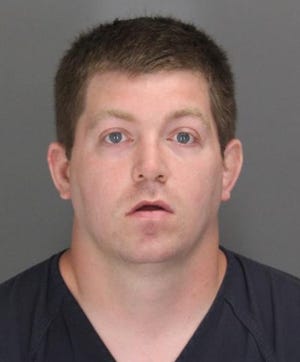 ALLEN PARK — The Allen Park Police Department give credit to Dearborn Police for helping bring a missing 12-year-old girl home last month after she met an older man on Snapchat.

On Aug. 19, officers responded to a residence in Allen Park for a runaway 12-year-old juvenile and were told by the child’s parents that she had been missing since 11:30 that morning and they feared she may have been in communication with an older man she met on Snapchat.

After receiving a call about a welfare check, Dearborn Police located the missing juvenile around 5 p.m. the same day. The girl advised Dearborn Police that she was going to meet her boyfriend, but after extensive conversations with police, she revealed that she was 12-years-old and had been having sexual relations with an older male.

The Allen Park Police Department began its investigation on Aug. 20 and found that the girl had been having sex with the man she had met on Snapchat. Despite thinking he was 19-years-old, she started to feel that he may be 40-years-old during the course of their contacts.

Allen Park Police officers said they believe that the location feature on Snapchat helped the suspect locate the victim’s home. The contact between the two became more sexual once he had access to her location and the relationship continued for several weeks.

In a statement, the Allen Park Police Department said it believes the suspect used his influence to convince the young girl to run away with him. That same day, Dearborn Police located her.

“The Allen Park Detective Bureau conducted an exhaustive investigation, which yielded the name of the suspect,” the department posted on its Facebook page. “35-year-old Anthony Alvin Hodges, 6-26-1985, of Pontiac, MI was quickly taken into custody.”

Hodges was charged with four counts of criminal sexual conduct in the first degree, one count criminal sexual conduct, second degree for involving a person under 13, two counts of HIV-knowingly engaging in intercourse with intent to inflict uninformed partner and one count of habitual offender, second notice. He was arraigned on Sept. 17 by Judge Page at the 24th District Court and given no bond. He is being held at the Oakland County Jail.