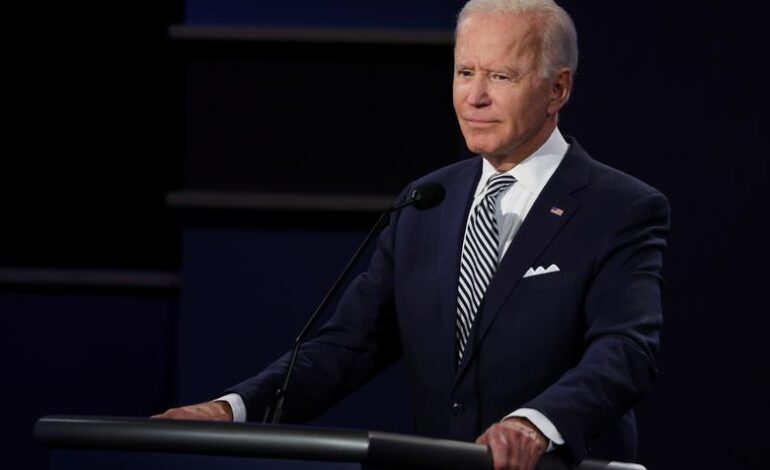 A substantial list of former ambassadors to Middle East and North African (MENA) nations, foreign policy advisors and Middle East affairs experts have signed on to a letter, obtained by The Arab American News, that makes the case for a Biden presidency.

The letter’s signers say that though they may not agree with every aspect of the former vice president’s long career in politics, they know that Biden “will advance America’s national security interests, promote the rule of law and protect minorities and human rights at home and in the MENA region.”

The letter says a Biden presidency will enact a foreign policy that prioritizes human rights and, by doing so, will set an example for the world once more that the country is committed to peace and justice in the Middle East and beyond.

The endorsers also site Biden’s foreign policy proposals for specific regions in the Middle East. The letter says Biden’s “policies will be grounded in a commitment to a two-state solution” for the Palestine and Israel crisis, reinstate aid to Palestinians and oppose annexation and settlement expansion efforts by Israel.

Joe Biden will urge regional partners to end harmful policies, including ending support for the Saudi-UAE coalition waging the tragic war in Yemen, the crackdown on dissent and the targeting of female activists, dissidents and journalists

Beyond diplomacy, the letter says Biden is ready to reconnect the U.S. with people of the region, and with civil society efforts on the ground, to promote peace and prosperity — a proposal particularly applicable to current economic crisis in Lebanon.

Biden’s commitment to  ending the genocidal Saudi-led war in Yemen is also mentioned in the letter:

“Joe Biden will urge regional partners to end harmful policies, including ending support for the Saudi-UAE coalition waging the tragic war in Yemen, the crackdown on dissent and the targeting of female activists, dissidents and journalists.”

The letter comes amid support for Biden from other Arab and/or Muslim organizations. The long-running Arab American Political Action committee, based in Dearborn, recently voted to endorse Biden/Harris.

Wa’el Alzayat, CEO of Emgage Action and former senior policy adviser to U.S. Ambassador to the United Nations Samantha Power, penned an op-ed for this publication last week, arguing how Biden is the clear choice for Muslim voters in November. Alzayat is one of the letter’s signatories, as is Arab American Institute President James Zogby.

The full letter and a list of its signers appears at the end of this article.

“A human and civil rights point-of-view”

Edward Gabriel, former ambassador to the Kingdom of Morocco, who also signed on to the letter, told The Arab American News on Thursday that the principal reasons why the experts have come together for Biden is because they have taken a hard look at his policy and decided that he is very forward thinking in advancing a balanced U.S. position in the region. “Biden says that (his administration) will lead from a human and civil rights point-of-view,” Gabriel said. “We see that the vice president puts this as an important premise to his foreign policy objectives in the region. He also provides depth on the Palestinian issue, the Lebanese issue and the issues of the Gulf; he is very clear on those.”

Gabriel said the signatories believe President Trump has been unbalanced in terms of his focus on being influenced by leaders of Gulf countries.

“This is has been to the determent of a long-time U.S. foreign policy objectives to be the balancer in the region; in other words, being the country that brings people together and reducing hostilities,” he added.

The signers also applaud Biden’s policy on reengaging Iran on nuclear issues, the country’s use of missile technologies and reducing terrorist proxies in the region.

“The connection with the people of the region, whether it’s Lebanon or other places, is so important,” Gabriel said. “Diplomacy is important, it will take center stage, but working with civil society in the region is just as important. We look forward to Biden improving aid to civil society, universities and other avenues to empower people.”

The signers also commend Biden for his promise to end the Muslim travel ban on day one of his presidency and to review the terrorist watch list, which unfairly targets many Arab Americans.