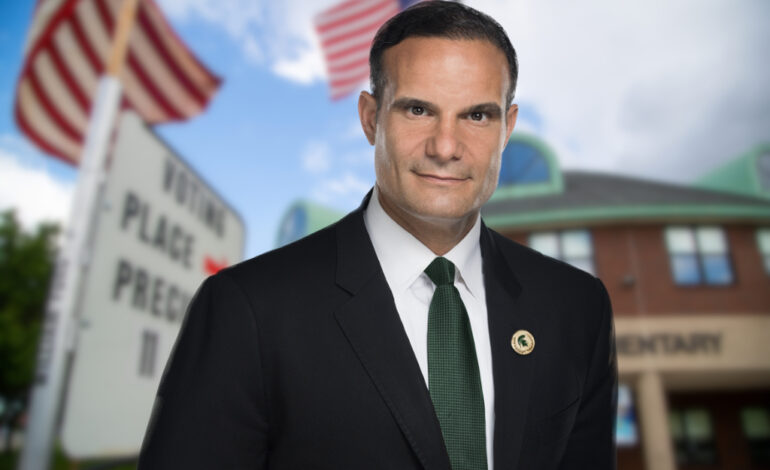 Mosallam’s campaign is energizing Arab Americans in big numbers across the state. The endorsement of Bernie Sanders for his campaign and other Arab candidates shows the deep admiration for Sanders among many politically engaged Arab voters

MICHIGAN — Michigan could be the most important swing state in the country. And the Arab American vote could make the difference.

Though Metro Detroit has its large concentration, Arab Americans have been an integral part of the historic and cultural fabric of the entire country. More so, Arab Americans enjoy a variety of political, religious and cultural affiliations. The voting base is by no means homogeneous.

But past elections provide a window into the significance of the Arab American voting base and Arab American candidates on state wide and regional ballots.

Vermont Senator Bernie Sanders stands out as someone who has managed to align disparate Arab voting blocks, and his support for Arab candidates itself has made an undeniable impact on this political participation.

In 2018, Arab Americans again turned out in unprecedented numbers in the primary elections to vote for one of their own, Dr. Abdul El-Sayed, whose electrifying campaign took Arab American communities by storm, lifting turnout well beyond 2016 levels.

This year, the state of Michigan’s electoral prospects could again hinge on Arab American turnout, which is why MSU Trustee Brian Mosallam’s race could determine the outcome. Seldom has a down ballot candidate’s race garnered as much attention as Mosallam’s.

Mosallam is on the Democratic ticket and the only Arab American on the statewide ballot this year. Moreover, Mosallam’s campaign is energizing Arab Americans in big numbers across the state.

“Brian’s election is driving excitement statewide from Arab Americans,” said Zeinab Alheshami, a Mosallam campaign worker. “The feedback we have been getting has been incredible.”

Mosallam was elected to the Board of Trustees in 2012, which became a point of pride for the community. He garnered nationwide attention as the lone voice fiercely advocating on behalf of survivors of the Larry Nassar scandal. Mosallam was elected to the Board of Trustees in 2012, which became a point of pride for the community. He garnered nation attention as the lone voice fiercely advocating on behalf of survivors of the Larry Nassar scandal

“My parents taught me to stand up to bullies,” said Mosallam, who led the charge to remove interim MSU president and three term Republican Governor John Engler.

By day, Mosallam owns a wealth management firm in Birmingham called Spartan Wealth Management. He played football at MSU in the 90’s and was a District IV academic all-American.

His father, Nick, is a decorated veteran and a former member of the 82nd airborne division who had strong words about President Trump, upon hearing that Trump had called deceased veterans losers.

“Those men gave their lives for this country,” Nick Mosallam said. “They should be honored; instead they were spit on. Trump is a disgusting human being.” Mosallam has now joined a list of candidates who have garnered the full support of progressive Senator Bernie Sanders, a list that includes Rashida Tlaib, Abdul El-Sayed, Abdullah Hammoud and Abraham Aiyash

Now Mosallam’s campaign has earned a key and historic endorsement never before seen in his race: Sanders’. Sanders led an immensely popular campaign among Arabs in Metro Detroit this year, marked by an energized, packed rally in South Dearborn for a candidate they affectionately called “Amo Bernie.”

Other very important endorsements for Mosallam include Governor Whitmer, U.S. Reps. Rashida Tlaib (D-Detroit) and Debbie Dingell (D-Dearborn), Detroit Mayor Mike Duggan and El-Sayed. Tlaib and El-Sayed have themselves enjoyed the full support of Sanders in the past, as have candidates like state rep. candidate Abraham Aiyash and State Rep. Abdullah Hammoud (D-Dearborn).

“Brian brings excitement to the ticket and will help drive turnout among Arab Americans and other Dems,” Hammoud said. “He’s a name people trust because of his strong stance in support of survivors.”

El-Sayed echoed this view of Mosallam’s candidacy and Arab voter turnout in general.

Finally, Mosallam himself is confident about the Arab American vote.

“Dr. Jill Biden (who was in Dearborn last week) said that our community will have a seat at the table and I am proof of that,” he said. “We will come out. We will deliver. Our communities all over the state will deliver. I am only in this position because of our people. I am grateful for everyone’s support. “

Both Dr. Biden and vice presidential candidate Kamala Harris have made prominent stops in Dearborn in the past days, giving testimony to the strength of the Arab American vote.

“I’ve had the pleasure of spending time with the Arab American community in Dearborn over the course of this presidential campaign, from reading to students at Miller elementary school to visiting Khalaf Grill just the other day,” Harris said. “And these visits have reaffirmed my relationship with — and commitment to — the Arab American community.”

Dearborn-raised poet Kamelya Youssef, an active voter, spoke on the significance of this political participation in driving important issues into the American political mainstream.

“When many in our community were afraid to talk about Palestine, and were intimidated into silence, Rashida brought the issue straight to the heart of Congress,” Youssef said. “We must hold ourselves and our representatives accountable to serve true and lasting justice for all, and we are going to work relentlessly toward that justice. We’ll get better at it over time.”

Voting has been well under way in the weeks leading up to Nov. 3, and numbers suggest a record turnout this year. Meanwhile, campaigns and organizations across the state are working hard to turn out Arab American voters. Mosallam’s campaign has already made 400,000 calls and sent 875,000 text messages. Voters line up at a precinct in Hamtramck in March. The diverse city has a significant Arab population, and voters have consistently come out for Sanders-backed Arab candidates. Photo: Hassan Abbas/The Arab American News

The moral fiber of this country is at stake and it all runs through Michigan. Let’s do this — MSU Trustee Brian Mosallam

“We’ve gotten a great response from our community — they are excited to come out for me.” Mosallam said, “They know how important they will be for not only me, but as well for Sen. Gary Peters, Rep. Debbie Dingell, State Rep. Abdullah Hammoud and so many others who we need serving at all levels.

“I owe a debt of gratitude to organizations like Emgage and South Paw for all their hard work. The moral fiber of this country is at stake and it all runs through Michigan. Let’s do this.”

Mosallam said he was grateful for the community’s support, as well as the support of some of its long time leaders like The Arab American News Publisher Osama Siblani and American Arab Chamber of Commerce Executive Director Fay Beydoun. In his 35 plus years as publisher of the longest running Arab American news publication, and as ex-president and current member of the vastly influential Arab American Political Action Committee (AAPAC), Siblani has consistently worked towards and supported the community’s ever-increasing political participation.