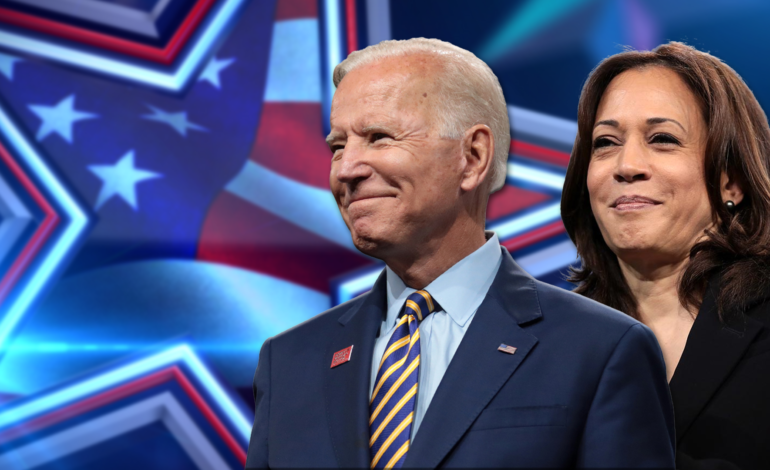 Donald Trump has given Arab Americans no real choice in this election. Since the launch of his political career in 2015, he has denigrated and harmed Arabs and Muslims at every turn.

He said, “Islam hates us.” He proposed a “complete and total shutdown” on Muslims entering the country. Then, in his first week in office, he signed an executive order summoning that shutdown, the “Muslim Ban,” which is still in effect.

He relentlessly vilifies Rashida Tlaib, who was born in Detroit, and Ilhan Omar, a naturalized citizen, leading chants of “send them back” as he questions their capacity to truly be American.

In the realm of foreign policy, his behavior has been erratic and harmful. His illegal, extrajudicial assassination of Iranian general Qassem Soleimani nearly set off a regional conflict. His absolute backing of the tyrannical Saudi regime has contributed to the deaths of tens of thousands of innocent Yemenis and the starvation of millions more.

His blind support for right-wing Israeli policies has resulted in direct harm to Palestinians. He moved the American embassy from Tel Aviv to occupied Jerusalem. He cut off funding to UNRWA, the U.N. agency dedicated to helping Palestinian refugees. He closed the PLO mission in Washington, DC. He reversed American policy that had previously declared Israeli settlements as illegal.

More generally, he has completely botched the federal response to the pandemic crippling our country, refusing to follow the advice of scientists. He has undermined trust in American governmental institutions. He has repeatedly disparaged the media. And he has fanned the longstanding fires of racial divisions in America.

He is a complete, unmitigated disaster. The world laughs at him, and at us.

We must vote him out office. Given the choices in front of us, that means we must cast our ballots for Joe Biden and Kamala Harris for president and vice president. It seems quite clear that they will handle the pandemic better than Trump has. Biden and Harris have vowed to follow the science, to urge Americans to wear masks and to encourage us to follow safety protocols. We also hope their election will quell the racial strife in America. Additionally, we are optimistic they will restore confidence in American institutions and stop the barrage of lies that consistently emanate from the Trump administration.

All of the above, however, does not mean that we believe that a Biden-Harris administration will necessarily be a windfall for Arab Americans. Our community carries a number of unique concerns and, frankly, many have gone unanswered by the Biden campaign.

First, we asked for clarification on the Biden administration’s proposed policy on the “Terrorist Watch List” and the “No-Fly List.” Frequently, Arab Americans are mistakenly added to these lists because of their names. This is, of course, a form of racial profiling. Perhaps even worse, getting off the lists is near impossible, leaving many innocent Arab Americans in constant limbo.

We asked the Biden campaign for a detailed answer on this. The answer we received was the following: “In a Biden-Harris administration, the Department of Homeland Security will review ‘Terrorist Watch List’ and ‘No-Fly List’ processes to make sure that they are not discriminatory and improve the process to remove names, when justified, from these lists.”

While this is not a direct answer, it is a general commitment to look at the issue, and we welcome that. Ultimately, we believe the right thing to do for America is to vote for Joe Biden. At the same time, we must hold the Biden-Harris administration to all the promises that have been made during the campaign

The Biden campaign has pledged to rescind the racist “Muslim Ban” on their “first day in office.” We look forward to holding them accountable on that front.

In the realm of foreign policy, however, we continue to have a number of concerns. In 2003, as a senator, Biden was an ardent cheerleader of the disastrous invasion of Iraq in 2003.  Under the Obama administration, the invasion of Iraq continued, including a troop surge in 2014. Policies in Iraq have caused massive death and destruction to Iraqi society, sectarian divisions and a loss of hope for a bright future.

The Obama-Biden administration’s policies also led to the demise of Libya, after U.S. forces aided in the killing of Muammar Qaddafi in 2011. Today, Libya still hasn’t recovered from that intervention.

U.S. policy under Obama-Biden also supported the illegal overthrow of a democratically elected leader in Egypt, as that nation attempted to transition into democratic rule. Now, Egypt is once again a military dictatorship with full American support.

In the case of Syria, the Obama-Biden administration undertook a policy that allowed ISIS to expand territory in that nation. Their decisions left Syria in a state of disarray. In fact, the Trump administration’s non-intervention in Syria has allowed the government to rebuild much of Syrian society. A Biden administration must not, under the guise of democracy and civil rights, return to the failed policy of regime change in Syria.

When it comes to the issue of Palestine, a potential Biden-Harris administration shows no indication of creating any real, fundamental shift from decades of pro-Israel foreign policy. In fact, Biden seems intent on reinforcing that tradition. The Biden campaign has voiced support for a two-state solution, opposition to annexation and disapproval of settlement expansion. It has also vowed to reinstate economic assistance to Palestinians, to reopen the U.S. Consulate in East Jerusalem to serve Palestinians and to “work to reopen” the PLO mission in Washington D.C.

Notably, however, Biden staunchly opposes the idea of tying American foreign aid to Israel’s adherence to international law. He called the idea “bizarre.” He has clearly said he will not consider returning the U.S. Embassy to Tel Aviv from occupied Jerusalem.  He works closely on Palestine-related issues with “Democratic Majority for Israel,” an AIPAC-linked lobby group.

His campaign website openly “rejects” BDS, the nonviolent call to boycott Israel. It also notes that he seeks to “ensure that support for the U.S.-Israel alliance remains bipartisan”, potentially reversing years of work by activists to lead the Democratic party in a more pro-Palestine direction. At the DNC, his campaign condemned Palestinian activist Linda Sarsour for her pro-BDS views.

His website calls his support for Israel “unstinting”, “stalwart” and “unshakeable.” He brags about the $38 billion, 10-year assistance deal struck between Israel and the Obama-Biden administration in 2016. He has called aid to Israel “the best $3 billion investment we make” each year.

As far as we know, he is the only presidential nominee to proudly call himself a “Zionist.”

In short, when it comes to the question of Palestine, what Biden is promising is a return to the pre-Trump status quo, minus Jerusalem. The previous state of affairs was not good for Palestinians, and Biden is offering no hope of real change.

Ultimately, we believe the right thing to do for America is to vote for Joe Biden. At the same time, we must hold the Biden-Harris administration to all the promises that have been made during the campaign, including 1) ensuring a seat for our community at the table, 2) addressing the unjust practices at port of entries under the so called “Terrorist Watch List” and the “No Fly List” and 3) appointing qualified members of our community to public offices, including the federal bench.

We hope the Biden-Harris administration employs a non-interventionist foreign policy in the Middle East that avoids the imposition of irresponsible and inhumane sanctions that hurt people more than governments.

We Arab Americans, while voting for the Biden-Harris ticket, also clearly understand that we may find ourselves pushing hard to guarantee that the above values, policies and promises are realized.
With a number of justified qualifications and reservations, we urge our communities to vote for Joe Biden on November 3.

More Endorsements: This election is a defining one for the future America.

First, our democracy is in grave danger. During the last presidential election and since Donald Trump took office, there have been systematic attacks on our democracy at all levels. The media is being attacked and delegitimized as “fake news” by the nation’s top elected officer. The intelligence agencies are being criminalized, while minorities and ethnic communities who contributed to our nation’s greatness are being targeted and classified as a burden.

Second, the American people are pitted against each other in a way that we haven’t seen since the Civil War. America today is a divided nation at all levels. The continuous attacks on immigrants and minorities, the brutal separation of families at the southern borders, the Muslim ban and merciless deportation have made a mockery out of America’s justice system.

Arab Americans have been at the front and center of a systematic attacks on their very existence and, of course, their civil rights and civil liberties. A recent study by the Arab American Institute and statistics released by the FBI shows clearly that anti-Arab and anti-Muslim sentiments and hate crimes are on the rise. The only way to confront this surge in violence, discrimination and hate crimes is to get involved and to form coalitions with other groups of similar concerns, and they are many.

For this general election, we add our endorsements to AAPAC’s for the following candidates and we hope that you join us in supporting them on November 3.

MSU Board of Trustees
— Brian Mosallam