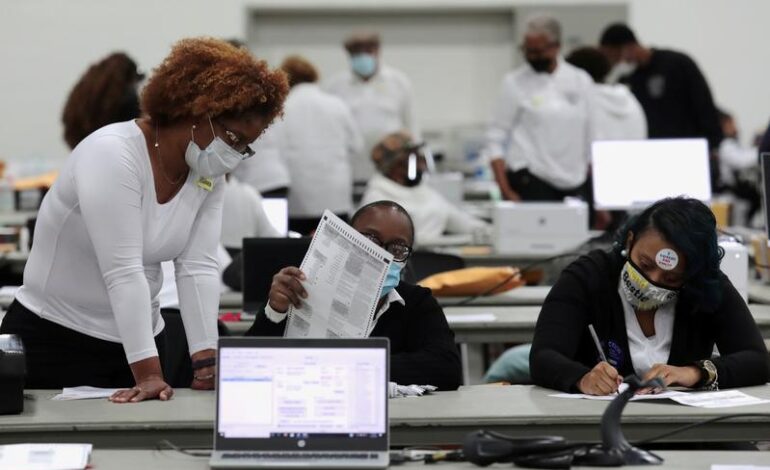 Absentee ballots being tabulated at the TCF Center in Detroit, Nov. 3. Photo: Reuters

MICHIGAN — The campaign of President Trump has begun its legal assault on the election. The campaign announced on Wednesday that it has filed a lawsuit in Michigan to stop the counting of ballots in the presidential election.

“We have filed suit today in the Michigan Court of Claims to halt counting until meaningful access has been granted,” the campaign said in a statement. “We also demand to review those ballots which were opened and counted while we did not have meaningful access.”

The count so far gives Trump’s challenger, Joe Biden, a small lead in Michigan, though the race is still too early to call.

The campaign says it has not been provided meaningful access to numerous counting locations to observe the opening of ballots and the counting process, as guaranteed by Michigan law.

Michigan is one of three key battleground states this election, the other two being Wisconsin and Pennsylvania. Those other two states have not finalized their results, either.

As of the time of the announcement, NBC News reported that Biden was leading Trump by 49.5 percent of the votes cast in Michigan, compared to 48.8 percent for Trump. Some estimates show more than 95 percent of the ballots in the state have been counted so far.

Unofficial election result summaries show Biden has won the contest with a wide margin in the heavily Arab American precincts in Dearborn and Hamtramck.