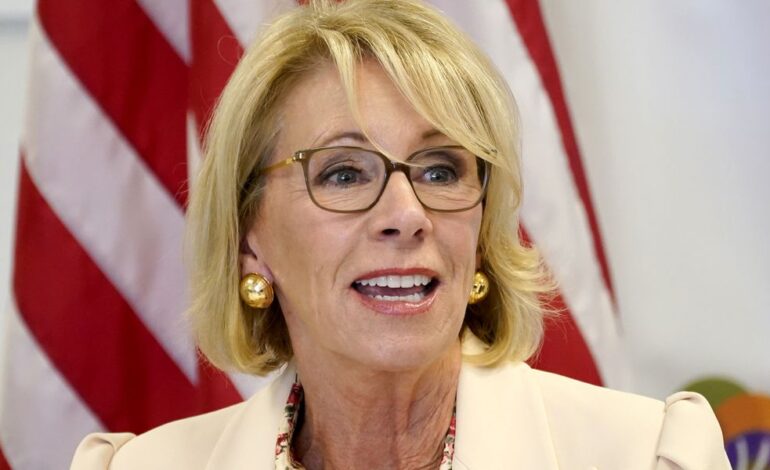 The lawsuit co-led by Nessel and California Attorney General Xavier Becerra was against DeVos and her attempt to divert millions of dollars in COVID-19 relief funding from public schools.

Judge James Donato of the U.S. District Court Northern District of California approved a permanent injunction on Nov. 9 to formally close the case on DeVos’ efforts to rewrite a section of the Coronavirus Aid Relief and Economic Security (CARES) Act that would have diverted more than $16 million in funding away from public schools in Michigan.

Following the order granting the permanent injunction, Donato entered a judgment in favor of all plaintiffs on Nov. 11.

“This pandemic has greatly impacted students across the country,” Nessel said. “The CARES Act is imperative as it provides critical funding for our public schools and the resources teachers need to continue safely teaching our youth. This permanent injunction sends a clear message that the publicly funded CARES Act dollars should be used as Congress intended – to educate our public students, and not to serve the political agendas of a select few.”

In August, Donato had issued a preliminary injunction in the lawsuit that joined similar orders by courts in the District of Columbia and Washington State that also challenged DeVos’ effort.

In late September, DeVos acknowledged defeat and stated that her department would not appeal.

Under the order, the district court retains jurisdiction to enforce the injunction and the Department of Education waives any right to request reconsideration or to appeal the injunction.

The injunction prohibits the U.S. Department of Education from requiring states and local education agencies (LEAs) to calculate the share of CARES Act funds for private schools in a manner inconsistent with Title I’s calculation for equitable services to private schools, requiring that CARES Act funds supplement, rather than supplant, other fund sources, restricting the distribution of CARES Act funds to only those public schools that participate in or are eligible for Title I, and taking any adverse action against districts or schools that relied on the original guidance or interim final rule before the preliminary injunction entered.