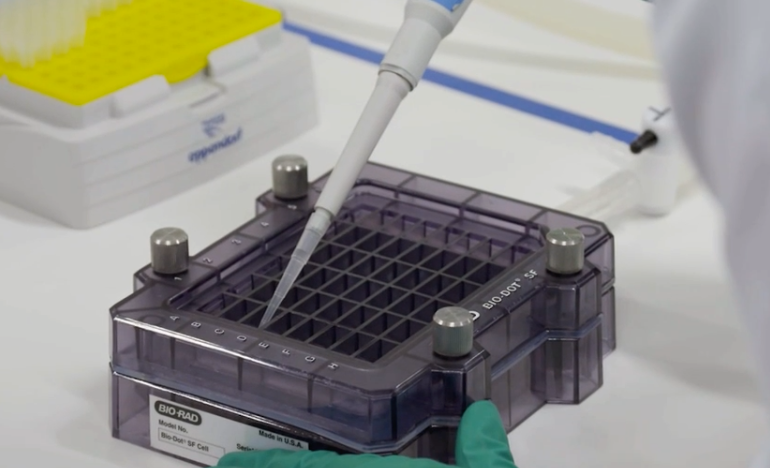 Just as the FDA allowed an emergency use rapid at home COVID test, Pfizer announced that it was just days away from requesting emergency use of a vaccine.

WASHINGTON, D.C. — Just as the FDA allowed an emergency use rapid at home COVID test, Pfizer announced that it was just days away from requesting emergency use of a vaccine.

The announcement from the Food and Drug Administration to allow for rapid COVID testing at home will require a prescription and can be utilized on an emergency basis.

The FDA granted emergency authorization to the 30-minute test kit from Lucira Health, a California manufacturer.

The test allows users to swab themselves for a nasal sample. Once collected, the sample is then swirled in a vial that plugs into a portable device that interprets the results and displays whether the person has tested positive or negative for the Coronavirus.

The vast majority of testing options require a nasal swab performed by a healthcare professional and must be processed at laboratories using high-tech testing equipment.

Allowing for this option of testing at home could help prevent the potential spread to health care workers.

With the rapid changes in the pandemic, Pfizer is also close to seeking clearance for emergency use of a vaccine that it says is shown to be 95 percent effective.

The announcement comes just one week after Pfizer revealed promising preliminary results of a vaccine.

Pfizer has been working with its German partner, BioNTech, and had initially estimated that the vaccine was more than 90 percent effective after 94 infections had been counted.

With this new announcement, the company now has accumulated 170 infections in the study, which it says occurred in only eight volunteers who got the actual vaccine rather than a dummy shot. One of the eight volunteers did develop severe disease.

The detailed data on the study has not yet been released or analyzed by independent experts.

Pfizer said its vaccine was more than 94 percent effective in adults over age 65.

Earlier this week, Moderna Inc. also announced an experimental vaccine that appears to be 94.5 percent effective after an interim analysis of its late-stage study.

Pfizer said it now has the data on the vaccine’s safety that was needed to seek emergency authorization from the FDA.

While it is reporting no serious side effects, the most common effect is fatigue after the second dose of the vaccine, which has reportedly affected about 4 percent of participants.

The study enrolled 44,000 people in the U.S. and five other countries and the trial will continue to collect data on the volunteers for the next two years.

Pfizer and BioNTech said they expect to have 50 million doses available globally this year and up 1.3 billion doses in 2021.

U.S. officials have said they hope to have about 20 million vaccine doses each from Moderna and Pfizer available for distribution in late December. The first shots will be offered to vulnerable groups like medical and nursing home workers, and people with serious health conditions.