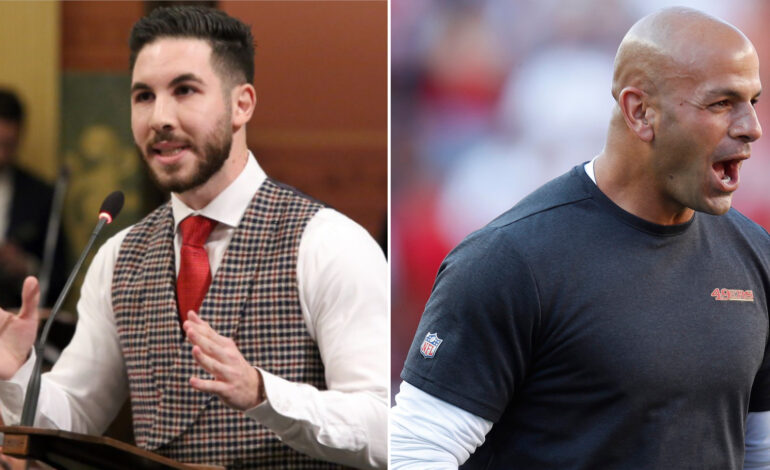 "Speaking of head coach, we have one name in mind — Robert Saleh" the group said in a letter

“We are writing today to thank you for your recent decision to make a change at manager and head coach for your franchise,” the letter reads. “These decisions are often difficult, but are necessary to move forward. For many in our state, and across the globe, the Detroit Lions hold a special place in our lives. We look forward to future success through transitioning to a new manager and head coach.”

“Speaking of head coach, we have one name in mind — Robert Saleh,” the letter continues. “A hometown hero, Robert was raised in the Dearborn community, attended Fordson High School, played his college career at Northern Michigan University and coached at Michigan State University… Most recently, as defensive coordinator for the San Francisco 49ers, his defense has improved across numerous categories; turnovers, sacks and yards allowed per game.”

In thanking Hamp, the letter is referring to the team’s decision to fire general manager Bob Quinn and coach Matt Patricia on Saturday after two-plus seasons, saying those moves were necessary to move forward. ESPN reports that the Lions have won one playoff game in the Super Bowl era, during its 1991 season, and haven’t won a division title since 1993. Patricia went 13-29-1 in two-plus seasons leading the team.

The interview process to select a new head coach begins next month, and Saleh and Kansas Chiefs offensive coordinator Eric Bieniemy are considered to be top contenders. The Detroit News notes that despite the 49ers suffering significant injury issues on both sides of the ball this year, the teams’s defense has continued to play at a high level.