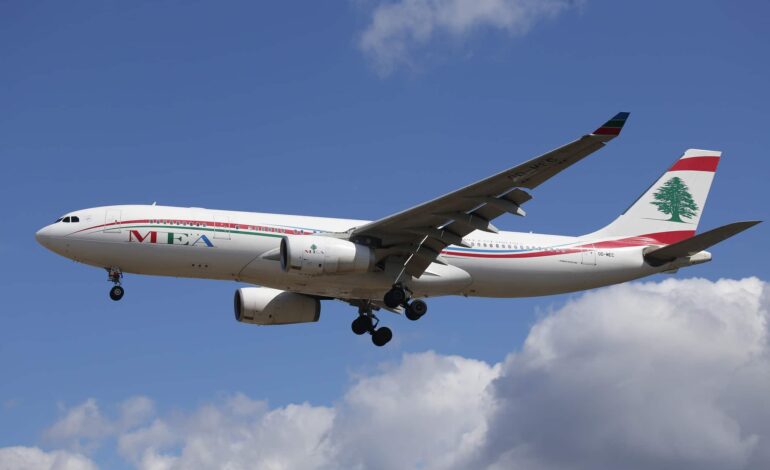 Buying airline tickets was one way those dollars held in local banks could be used, in a nation with a large diaspora and where hard currency has grown scarce

BEIRUT — The head of Lebanon’s airline said on Sunday the carrier would at some point need to demand payment for tickets bought in Lebanon using “fresh dollars”, or recently transferred currency that is not subject to restrictions imposed since a financial crisis.

Middle East Airlines (MEA) Chairman Mohamad El-Hout did not say when this rule would be introduced, but the warning will raise concerns for holders of dollars who have been virtually locked out of dollar accounts since late 2019.

The authorities have limited dollar withdrawals to about $500 a month, with a few exceptions, and imposed an exchange rate of about 3,900 Lebanese pounds, effectively slashing the value of those deposits as the unofficial street rate is now more than 8,000. Before the crisis, 1,500 was the freely-used rate.

Buying airline tickets was one way those dollars held in local banks could be used, in a nation with a large diaspora and where hard currency has grown scarce.

Dollars transferred to Lebanon in more recent months, known as “fresh dollars”, are held in new accounts and not subject to withdrawal or other restrictions.

“If the company wants to ensure its stability, we will reach a time when we will need to have sales in ‘fresh dollars,’” Hout told Reuters, adding that MEA would need to do this because the carrier’s expenses for fuel and other items were in dollars.

He said the alternative was to stop operating the carrier, which is majority owned by the central bank.

He also told a Lebanese television channel that prices were lowered, by about 40 percent, once payment was in “fresh dollars.”

Many people in Lebanon, which for decades prided itself on its open economy and as a regional banking center, now rely on cash support from their families abroad to help them get by amid bank restrictions and soaring prices.