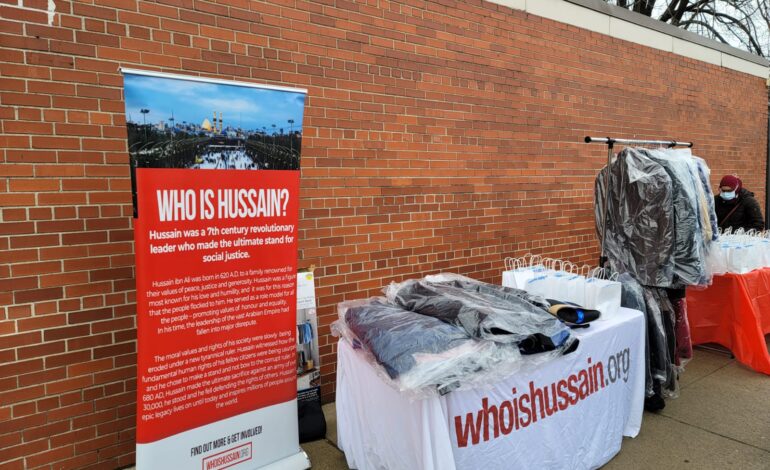 DETROIT — In the suburbs of west Detroit, a two-day coat and care package distribution for the homeless population took place on December 20 and 21.

Throughout the month of December, Who Is Hussain-Michigan held a two-week coat and jacket drive, as well as received financial donations from the community. More than 80 coats and 130 care packages were distributed.

Who Is Hussain-Michigan is a subchapter of the global organization Who is Hussain, a social justice movement with teams in more than 90 cities across the globe. Teams of volunteers host and organize local events to make a positive change in their communities and broader society, giving back to those most in need.

With more than 65,000 people reported homeless in 2018 across the state, the projected number of literally homeless includes individuals and families residing on the streets, in emergency shelters, in cars or in inhabitable abandoned buildings.

The global organization held more than 800 local events within chapters, gathered more than 7,000 blood donations, performed almost 400,000 acts of kindness and ensured 500,000 people were fed since launching the nonprofit in 2012.

For its part, Who is Hussain-Michigan collaborated with local small businesses for its drop off locations.

Coats and jackets were also professionally washed and dried at Fairlane Cleaners.

The global nonprofit serves to empower communities around the world to organize charitable events for the common good. Moreover, the movement aims to inspire individuals through Imam Hussain’s example and the values of compassion, justice and dignity he stood for. Who is Hussain-Michigan “Feed a Family” monthly campaign

Along with this winter’s coat drive, Who is Hussain-Michigan continuously runs the “Feed a Family” monthly campaign, where food boxes and household necessities are delivered to families in need throughout southeast Michigan.