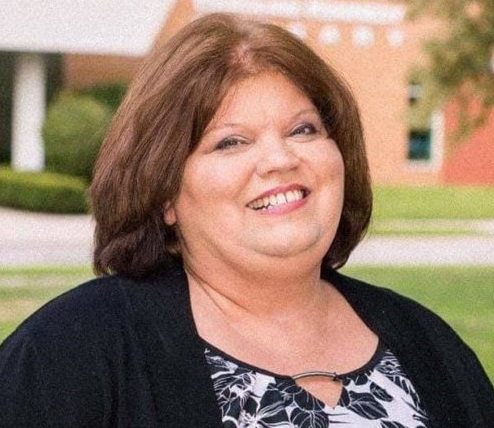 Taking on a new job is often difficult, especially during a pandemic, but Treasurer Lisa Hicks-Clayton is determined to make positivity a priority.

DEARBORN HEIGHTS — Taking on a new job is often difficult, especially during a pandemic, but Treasurer Lisa Hicks-Clayton is determined to make positivity a priority.

Having been elected in November, Hicks-Clayton hasn’t skipped a beat in her community involvement.

From food drives to posting inspiring signs throughout her office at City Hall, Hicks-Clayton said that she remains just as dedicated as ever to being a public servant. “I am so thankful to the residents for their trust in me to do this role,” she said. “I love Dearborn Heights and our residents and I want to see the best for our city.”

Being dedicated to transparency, Hicks-Clayton said that recently released text messages and the debate over how to proceed with appointing a mayor makes reviewing and clarifying the charter while coming together that much more important. “We need to listen to our residents, that is why we are here,” she said. “This is a monumental tie for this community. We have to follow the charter, it’s our law. As a leader, you have to be able to walk the talk. And we have to be committed to working towards an end goal to the benefit of the residents.”

With the many issues faced by the United States Postal Service (USPS) since the beginning of the pandemic, Hicks-Clayton also said that there have been numerous concerns brought forward by residents whose tax payments, submitted in December, still have not been received by the city.

“Our office had discovered there was an issue with USPS the third week of December,” she said. “We received many emails and calls from our residents and upon investigation discovered that our office had not received winter tax payments that had been mailed early in December. I immediately communicated and escalated the concerns to the USPS Postmaster and Congresswoman Rashida Tlaib.”

Hicks-Clayton said that the postmaster advised that they were short staffed and were short on resources as they are over capacity, causing mail to be shipped to a secondary processing center.

“Per the USPS Postmaster, this will add seven to 14 business days for delivery to our post office box,” she said. “In addition, the city of Dearborn Heights has our financial institution processes the payments and our office imports and updates, which average five to seven days. The last step has been in place for many years without incident.”

While many residents are concerned that they may face late fees if their payments aren’t received by the deadline of Feb. 15, Hicks-Clayton said she contacted the Wayne County treasurer, who confirmed that if the payment is postmarked prior to Feb. 15, it will be honored without late fees.

“The treasurer’s office is not delinquent or behind on any processing,” she said. “I am grateful to all of the residents that have called. I have made a customer care list to keep residents updated. I like to follow up with people to make sure that they had a good experience and that we do care.”

Another topic of concern is the city’s upcoming bond rating review.

“It’s important to understand the bond process for the rate review,” she said. “The review does include a review of leadership. The deadlock over the vacant Council seat is a concern and I think this hurts the community, as it could already be having an impact when investors look at us. But it’s a very difficult position to be in and the Council has very important decisions to make on behalf of over 56,000 residents. It’s hard.”