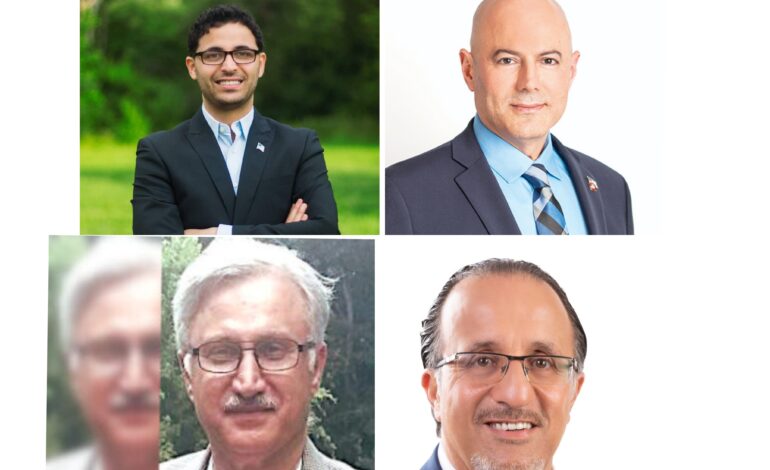 After former Councilwoman Lisa Hicks-Clayton was elected treasurer in November, her seat on the City Council had been unfilled since Dec. 8 as the Council couldn’t reach an agreement on a replacement.

For four consecutive votes, the Council was tied on voting for either Mo Baydoun or Zouher Abdel-Hak. Once appointed, Baydoun nominated Muscat for the vacant mayoral position.

The mayoral position was vacated with the sudden passing of Mayor Daniel Paletko due to COVID-19 on Dec. 29.

With the sudden nomination of Muscat, the Council had to vote between the five candidates.

Bazzi was sworn in as mayor immediately following the vote. Following the vote, the Council appointed Abdel-Hak to fill Bazzi’s vacant Council seat with a 5-1 vote, with Constan voting for former Councilman Ned Apigian, who had submitted a letter of interest earlier in the day.

With the City Council finally reaching agreements and making so many changes, many members agreed that the next steps are to continue to go forward.

Abdel-Hak said the city is coming together. “I hope we do what is necessary to bring this city to the future, which it deserves,” he said. “I am very humbled and I promise to do my best.”

Muscat said he feels at peace with the decisions made. “I know I’m gonna sleep real, real, real good tonight,” he said. “We couldn’t have found better people to put on the Council than what we did tonight. My prayers go out to our new mayor, I hope God keeps you healthy and gives you strength in your new job.”

Abdallah said that he wants everyone to continue to come together.

“I’d like to ask all of our Council members, mayor, the residents and everybody else involved, this is a very, very, very important venture that we are going with right now in the city,” he said. “We have had a lot of people critique us over the way things were handled in the past, how we’ve dealt with each other, whether it’s department heads or Council members with mayor or mayor with Council members or Council members within each other. Let’s all make a commitment to do this the American way, the right way and learn to debate, learn to maybe disagree, it’s OK. Learn to agree sometimes, that’s OK. But let’s do this in the right way so that the residents get what they deserve, which is the most from all of us. Nobody here is an enemy of another, we are all working for the same thing.” Bazzi said he is honored to have been selected as mayor.

“It has been a pleasure to serve as Councilman,” he said. “I know this was not an easy decision for the Council to make. I remain committed to an ongoing collaboration with the Council. I look forward to elevating our collective momentum as we propel the city of Dearborn Heights forward together.”