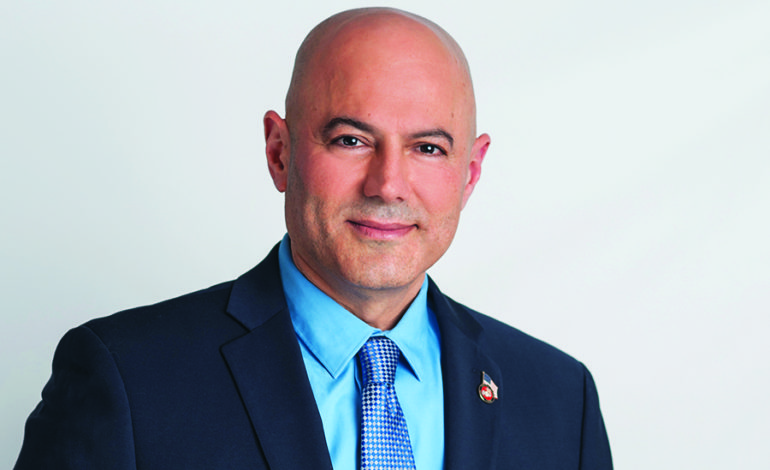 Bill Bazzi announces his candidacy for mayor, just days after being appointed to the position.

DEARBORN HEIGHTS — Bill Bazzi, who has served the community in multiple capacities since he was 18-years-old, announced his candidacy for Dearborn Heights mayor in the November election.

Bazzi was elected to City Council in 2017 and was just appointed mayor on Jan. 26.

Bazzi grew up in Dearborn with four siblings and graduated from Fordson High School.

In March 1990, Bazzi received his bachelor of science in professional aeronautics degree from Embry Riddle Aeronautical University in Daytona Beach. He earned his master’s of aeronautical science degree from the same university in 1993, before moving to Dearborn Heights in 1997.

“I wanted to establish my life,” he said. “I wanted to take on a challenge and serve our country and the people. I wanted to do something that would not only make a positive impact in my life, but in the lives of others.” Bazzi said upon his retirement from the military that he still needed to do more.

“Although I held secure, lucrative positions at Ford Motor Company and Boeing, I chose to reenlist in the Marine Corps multiple times, sacrificing my personal financial gain, safety and time away from my family to maximize my contribution in various important capacities to serve our country,” he said. “With that same notion of service, I know there is more that I can contribute to Dearborn Heights and I stand ready to serve as mayor and propel this great city forward.”

Bazzi also said that he is excited about the appointment as mayor, but also to run as a mayoral candidate.

“I’m excited about the possibility of taking service to our city one step further and function in a new capacity to accomplish more of what our residents have been asking for,” he said. “In addition, having served on Council, I have a firm understanding of what this body and function entails. My vision is for a more seamless relationship between the departments, administration and City Council and putting the residents first. Together, we will elevate our collective success at all levels of our city governance, function and service.”

Bazzi is also heavily involved in volunteer work in both the Dearborn and Dearborn Heights communities and said his mother, Lowriss, is his role model.

“She taught my siblings and I the value of hard work and service to others,” he said. “She taught us to respect and take pride in the land in which we live, the importance of fulfilling our civic duties and service to others. She took care of the family, worked outside of the home and still made time to serve the community through social services organizations such as ACCESS. She was also involved in a women’s empowerment group where she would cook dinners, make crafts and coordinate fundraisers to benefit women and orphans.”

Bazzi said he does what he does because of his mother.

“Through my mother’s actions, I learned to work diligently, persevere over adversity and live a life of service to the community and country,” he said. “I do what I do because the importance of civic duties and service to others was ingrained in me at a young age.”

While in the military, Bazzi was responsible for overseeing the operations and members of a joint unit responsible for high level intelligence production, managing hundreds of service members, leading complex initiatives and engaging diplomats and leaders to forge positive, productive relationships. “I was also selected to serve as part of an inaugural U.S. cohort, supported by the State Department and the AAI to engage newly elected officials in Tunisia and Morocco,” he said. “The purpose of this ongoing program is to promote democracy, transparency, community-based economic development and empowerment. The success of our first cohort resulted in funding for upcoming policy projects to support public service and democratic governance.”

Bazzi said that his wife, Nadia Fadel-Bazzi, and his family have always been supportive of his service to the community as well as his many deployments with the military.

Bazzi also said that while his objective has always been to make decisions that were in the best interest of the residents, he has priorities and goals that he is looking forward to accomplishing now that he’s been appointed mayor. He would carry them on if elected to a full term in November.

“My priorities include working on a resolution for the Ecorse Creek flooding and sewage, which has been plaguing our city for years,” he said. “Moving forward with the Van Born Corridor project; revamping our parks; enhancing service for our seniors, youth and veterans; enhancing the safety of our neighborhoods; promoting economic growth; and improving our technology and communications are also priorities.” Bazzi’s dedication to community service includes serving as president of the Ford Motor Company Veterans Network Group; commander of the Dearborn Allied War Veterans Council; advisory board member of the Eternal Light Organization, Midnight Golf Youth Program and World Medical Relief; member of the American Legion, Kiwanis Club, Disabled American Veterans and the Marine Corps League. He also is a mentor for the Veterans Court and volunteers at the VA hospital.

“In addition to servicing our city as a Council member, I also work on the ground with our residents,” he said. “During this pandemic, I have organized many food drives and deliveries to Dearborn Heights senior citizens. I was able to get the support of many wonderful parents and youth groups and members of the Kiwanis Club, and our efforts resulted in feeding thousands of families, delivering food to hundreds of senior citizens, providing PPE and collecting toys for children. I could not have done this alone. This gave us all an opportunity to work together in all parts of the city. Just as I have honorably served the people of this great nation while in government, in corporations, on City Council and through community service and advocacy boards, I will uphold my commitment to effectively work alongside our City Council members and city officials for the people of Dearborn Heights.”