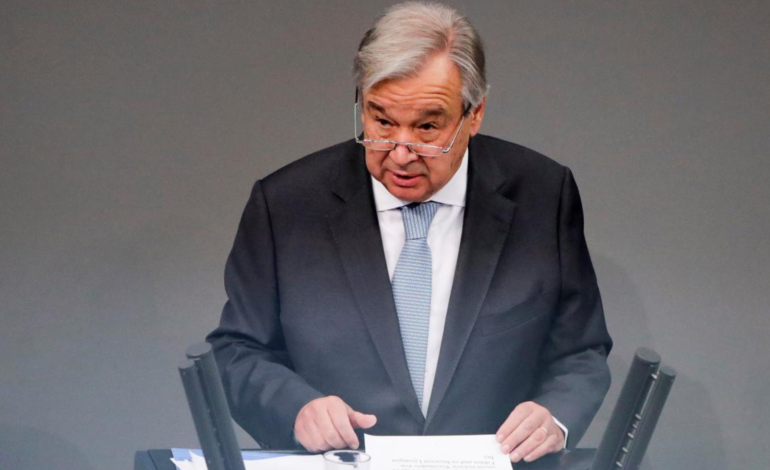 NEW YORK — On Thursday, the U.N. Security Council and Secretary-General Antonio Guterres called for thousands of foreign fighters and mercenaries to immediately leave Libya, with Guterres demanding that they “leave the Libyans alone.”

Libya has been divided since 2014 between the internationally recognized Government of National Accord (GNA) in the capital Tripoli, in the country’s west, and Khalifa Haftar’s eastern-based Libyan National Army (LNA).

The rival administrations agreed to a ceasefire in October, but have not pulled back. Haftar is supported by the United Arab Emirates, Egypt and Russia, while the government is backed by Turkey.

“The ceasefire is holding,” Guterres told reporters on Thursday.

“It’s essential that all foreign troops and all foreign mercenaries move first to Benghazi and to Tripoli and, from there, move back and leave the Libyans alone, because the Libyans have already proven that, left alone, they are able to address their problems,” he said.

Libya initially descended into chaos after the NATO-backed overthrow of leader Muammar Gaddafi in 2011.

The 15-member Security Council discussed the situation on Thursday and in a statement called for the withdrawal of all foreign fighters and mercenaries “without further delay”, and for all Libyan and international actors to respect the arms embargo and ceasefire agreement.

Acting U.S. Ambassador to the United Nations Richard Mills called out the countries by name.

“We call on all external parties, to include Russia, Turkey and the UAE, to respect Libyan sovereignty and immediately cease all military intervention in Libya,” Mills told the Council.

“We call on Turkey and Russia to immediately initiate the withdrawal of their forces from the country and the removal of the foreign mercenaries and military proxies that they have recruited, financed, deployed and supported in Libya,” he said.