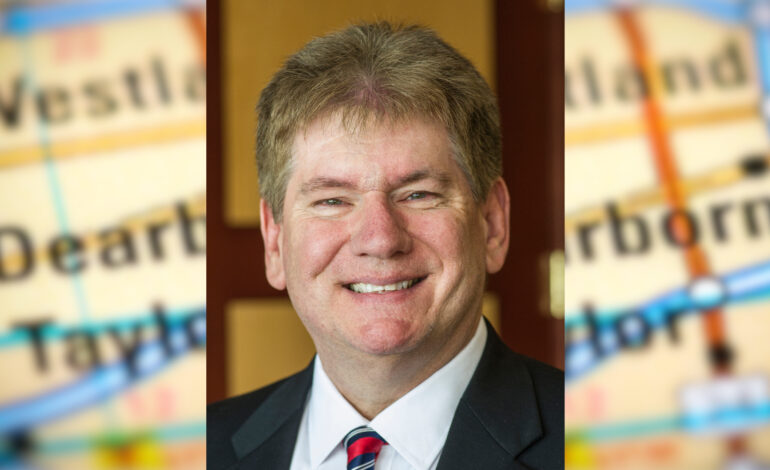 Mayor O’Reilly has announced he will not seek re-election. Dearborn will elect a new mayor for the first time in 15 years, with a primary election on Aug. 3. The top two vote getters from that primary will advance to the general election on Nov. 2.

“This year, we will elect a new mayor for the first time in 15 years,” Woronchak said in a Facebook post. “It’s important that we choose someone who has demonstrated the ability to provide leadership and make important decisions while seeking guidance from those affected by those decisions: You, our residents.”

In 2011, Woronchak was elected by his fellow commissioners to be chairman of the Wayne County Commission, a position he held until leaving the Commission at the end of 2018. Woronchak was also the editor of the Dearborn Press and Guide for several years.

Woronchak previously served in the State House representing Dearborn for six years, where he introduced 22 bills that became public acts, including helping in the creation of the Michigan Education Savings Program, which has been used by thousands of families to save for college. In that role, he was also instrumental in providing cities tools to fight blight in neighborhoods, worked on consumer protection related to halal food and campaign finance reform that resulted in the electronic filing system that voters use today for transparency in campaign donations to elected officials.

“Dearborn faces continued challenges from the pandemic, not just in public health but also its devastating effects on small businesses, how it has impacted our children’s education and the general economy,” Woronchak said in a campaign release. “Long-term impacts on the financial health of our government and the continued delivery of important services are uncertain. Our challenges demand strong leadership and an ability to bring people together, and keep them informed and engaged as we move forward as one Dearborn.”

In 2018, the Commission approved a resolution introduced by Woronchak recognizing the Islamic holy month of Ramadan, an indication of his close relationship with the area’s Arab American community.

“With our community still too frequently the target of anti-Islam sentiment, and a presidential administration that is generally unfriendly toward Muslims, this resolution is especially timely and meaningful this year,” he said back then.

Drawing on his experience as a journalist, Woronchak developed a Citizen’s Guide to Wayne County Government to explain to residents the structure of county government, the services it provides and contact information for all county officials. The Citizen’s Guide booklet is still distributed by commissioners to residents throughout the county.

In his time on the Commission, Woronchak brought more than $1 million to Dearborn in grants from the county’s parks millage for a variety of projects at city parks and playgrounds.

Woronchak was raised in Dearborn, graduated from Edsel Ford High School and holds degrees from Henry Ford College and the University of Michigan-Dearborn.