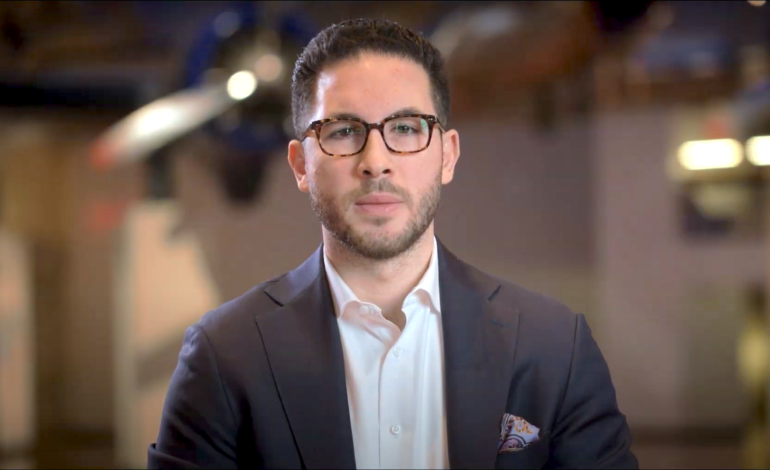 State Rep. Abdullah Hammoud announced his run for Dearborn mayor in a video on Monday. Screengrab.

“With your support, we will lead with the same tenacity as we have over the past four years as Dearborn’s state representative,” Hammoud announced over social media on Monday. “With the same heart and commitment, and with the community’s best interest guiding each and every decision.” Hammoud is set to compete with another popular Arab American candidate for mayor of the major city. Dearborn Council President Susan Dabaja announced her run late last year, as did Dearborn School Board member Hussein Berry. Berry has not made an official campaign announcement as of yet, but has expressed he is running for the position over his Facebook page.

The winner of the election will replace Mayor O’Reilly, who has been serving since 2007 and is not running for reelection.

With his district being one of the hotspots of the COVID-19 pandemic in Wayne County, Hammoud’s work in the state legislature over the last year has centered on bringing economic relief and public health-focused funding to the region.

This includes more than $200 million in funding for small businesses, $7 million in mom-and-pop pharmacy support and millions in funding for schools overall. He has also helped resolve more than 1,400 unemployment cases and has worked on balancing the state budget during the pandemic.

The large Ford/AK Steel complex in southern Dearborn has been a major source of environmental pollution and has exacerbated issues of environmental justice in the area. Hammoud held a small campaign kick-off at Salina Elementary school — whose playground abuts the industrial complex with its ominous smoke stacks — symbolic of Hammoud’s work to put caps on emissions. The larger complex has also been recently urged to mitigate its PFAS problem at the Rouge River by local Democratic leaders.

“I think it’s appropriate that we kick this (campaign) off right here at Salina Elementary, in the Southend, in the heart of Dearborn,” Hammoud said, standing next to his wife, Dr. Fatima Beydoun. “In the last 12 months alone, we’ve accomplished so much… we stood right here at Salina Elementary in the shadows of the surrounding factories and said when it comes to environmental justice we will not compromise.”