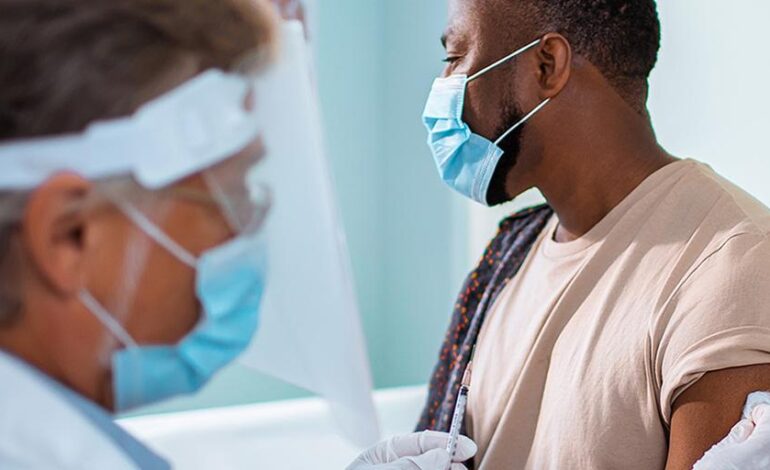 Michigan is now seventh in the nation for vaccine distribution

MICHIGAN — The state of Michigan has now administered just over 1 million COVID-19 vaccines, though many eligible people are still waiting on their first shots, officials announced on Monday.

The number makes the state seventh in the nation for vaccine distribution.

Governor Whitmer announced Monday that she is again calling on the state legislature to pass her state COVID relief plan, which will appropriate $90 million in federal funding to ramp up vaccine distribution in Michigan and bring the state closer to the governor’s goal of 50,000 shots in arms per day.

“The state and our partners in health care and business will continue working day and night to reach our goal of 50,000 shots in arms per day,” said Chief Medical Executive and MDHHS Chief Deputy for Health Dr. Joneigh Khaldun on Monday.

The state will also use $90 million in federal appropriations to ramp up vaccine distribution closer to that goal.

The Centers for Disease Control and Prevention (CDC) informed the MDHHS that the Moderna doses shipped earlier this month that had been said to be out of appropriate temperature range remain viable and can be used to vaccinate residents.

The 8,900 doses shipped by McKesson in mid-January had their temperature reported as going out of range and getting too cold by the monitoring device used to check the vaccine temperature while in transport.

Initial reports had the total doses impacted at 11,900. After an internal investigation, the healthcare company determined the cause and lower limit of the cold excursion in the shipments. Based on data provided as part of that investigation, Moderna agreed that the vaccine in this shipment was viable upon arrival and remains viable if they are stored in quarantine at -20C, or 2-8C and the doses were placed in refrigerated storage within 30 days.

“We are pleased we will be able to use these vaccines to protect Michiganders from the virus as we work to reach our goal of vaccinating 70 percent of Michiganders over age 16 as quickly as possible with the safe and effective COVID-19 vaccine,” Khaldun said. “These safeguards are put into place to ensure the integrity of the vaccine and based on the investigation that was conducted, these vaccines can now be used.”

Vaccines are shipped to vaccine providers across the state by the manufacturers and distributors, and no vaccine is shipped or distributed by the state’s health department.

As health departments in Michigan reschedule shots due to shortages, the federal government is attempting to work through the administrative mess left by the previous administration in its handling of distributions.

Last week, The Daily Beast reported that no one working on the federal response to the virus is quite sure why millions of doses of the vaccine were lost in the distribution system.

The CDC says 41.4 million doses have been handed out to the states and only 21.8 million have been administered. Federal officials say they think there is a vaccine surplus, though states are complaining about vaccine shortages.

The Daily Beast reports that there are dozens of problems or “inefficiencies” on the city, county, state and federal levels, including, on the local level, lack of efficient reporting systems, distribution hubs adequately supplied to match appointments and confusion by shipping companies about where the doses go.

There was an overall lack of communication between state and federal governments at the beginning of former President Trump’s vaccination program, leading to a piecemeal vaccination distribution approach that has had consequences for states’ vaccine distribution in the subsequent months.

President Biden has promised to work closely with states going forward to determine how many doses are already distributed that need to be accounted for, how many appointments have already been booked for first- and second-dose shots and how many vaccine doses have been requested by states that have yet to be allocated, the Daily Beast reported.

Biden has laid out an ambitious goal of 100 million shots in the first 100 days of his presidency.