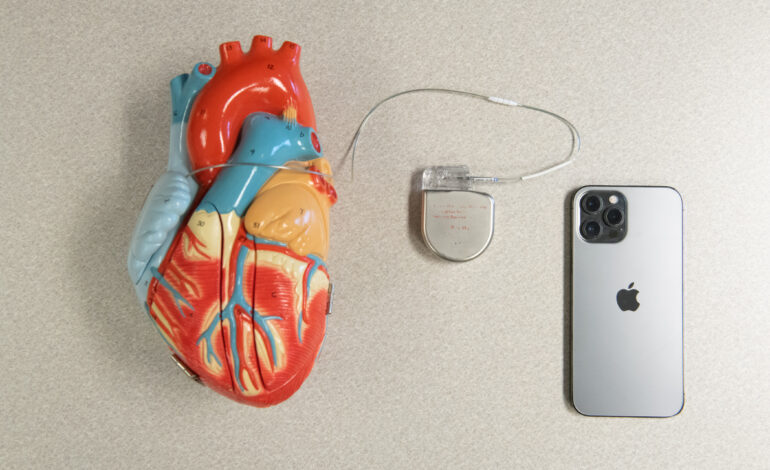 Cardiologists at the Henry Ford Heart and Vascular Institute have said that iPhone 12 devices could disable pacemakers. All photos: Henry Ford Health Systems

DETROIT — Cardiologists at the Henry Ford Heart and Vascular Institute have said that iPhone 12 devices could disable pacemakers. Apple warned that magnets and other components inside the iPhone 12 devices could disable pacemakers or implanted cardiac defibrillators that could potentially put millions of people at risk for dangerous heart complications.

The cardiologists at Henry Ford discovered that the batteries inside the devices and MagSafe chargers emit electromagnetic fields that can disable or interfere with implanted defibrillators and pacemakers.

Dr. Gurjit Singh, along with other doctors, wrote about the problem in a “letter to the editor” published on Jan. 4 in the medical journal “HeartRhythm.”

In the letter, the doctors called the problem “an important public health issue concerning the newer-generation iPhone 12, which potentially can inhibit lifesaving therapy in a patient, particularly when the phone is carried in an upper chest pocket.”

Letter to the Editor: HeartRhythm

“Obviously, we can’t perform surgery every time we need to control one of these devices, which is why they are engineered to allow us to use strong magnets over the chest to control their function,” Singh said. “So, we began to wonder if the magnet in the iPhone 12 would affect the safe operation of these devices.”

To test their findings, Singh and his colleagues took an iPhone 12 Pro and passed it over the chest of a patient with an implantable defibrillator. Dr. Singh testing an iPhone against a defibrillator

“The findings got the attention of the FDA, which regulates medical devices,” Henry Ford said in a statement, “the Association for the Advancement of Medical Instrumentation and, most notably, Apple itself, which published a warning on its webpage.”

Apple recommends that anyone with an implanted cardiac device keep all iPhone 12 products and accessories at least six inches away from the device and at least a foot away if the phone is wirelessly charging.