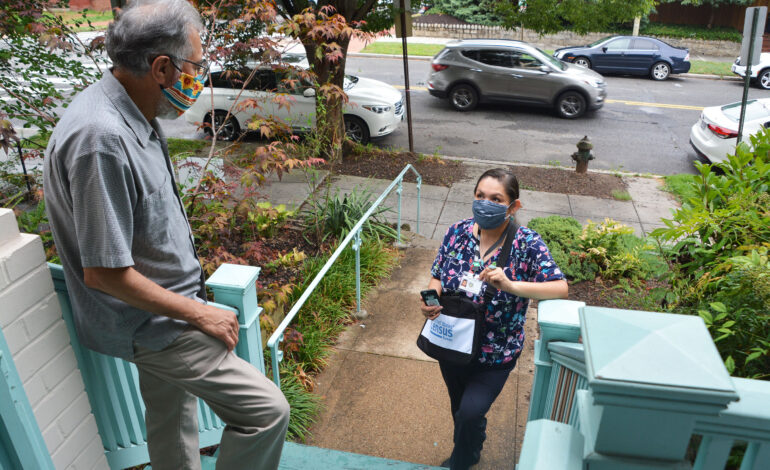 The bureau says design changes in 2020 and the COVID-19 pandemic exacerbated existing issues in the decennial count. All photos: U.S. Census Bureau

WASHINGTON, D.C. — U.S. Census Bureau Acting Director Dr. Ron Jarmin recently issued an update about last year’s census count. The update is on the quality of the data procured in the census count.

“We cannot (analyze the quality of our data) in detail until we complete the Post-Enumeration Survey later this year,” he said in a blog post. “However, we know a lot already about the accuracy and completeness of our population counts in the 2020 Census.”

Jarmin touched on certain issues that have surfaced in the media about problems with the count. The bureau had hoped to deliver state population counts for apportionment by the statutory deadline of Dec. 31. Census data is used to direct federal funding towards areas with high density populations that are in need of funding for such things as education, food and medical assistance and more.

The deadline has now been pushed to the end of April.

The director said extra attention on the bureau’s activities meant a need for a thorough evaluation and designation of strategies to avoid problems. This time-consuming process led to a delay in the final results.

“It is important to know that while we had the goal of finishing by the statutory deadline, or as close to it as possible, the Census Bureau’s most important objective… is to deliver a complete and accurate census,” Jarmin said. “That is, to count every person residing in the country once, only once, and in the right place. To achieve this objective, ALL processing issues we find are carefully researched, a fix is developed and tested, and then implemented.”

The majority of the problems that came up are common to all large surveys, such as basic errors in processing code and errors in data hand offs between systems, etc. Counting everyone once, only once and in the right place is a daunting challenge even in the best of circumstances, and the circumstances presented for the 2020 Census were not the best — Ron Jarmin, U.S. Census Bureau

“It is common to encounter issues like these when one runs the entire country through post-collection processing and these issues are relatively straightforward to address,” Jarmin said. “Thus, we’re not concerned about them impacting the quality of the final data.”

The COVID-19 pandemic also exacerbated common problem with census enumeration. These include issues in response rates, the completeness of responses and the ability of enumerators to contact non-responding households and the cooperation of those households.

Enumeration also had to be delayed at places like college dormitories, prisons and nursing homes. Even though these issues affect a relatively small part of the total count, they can have a big impact on the count for the communities in which they’re located, Jarmin said.

Internet response options and the ability to respond without a Census ID also led to duplications that have to resolved later.

“Counting everyone once, only once and in the right place is a daunting challenge even in the best of circumstances, and the circumstances presented for the 2020 Census were not the best,” Jarmin said.

The bureau has dedicated extra manpower to address potential data quality issues posed by these challenges last year. It is also working with the American Statistical Association on quality indicators for the final apportionment data.

“These efforts will give the public an unprecedented behind-the-scenes look at the 2020 Census and should provide additional confidence in assessing the fitness of the 2020 Census data,” Jarmin said.