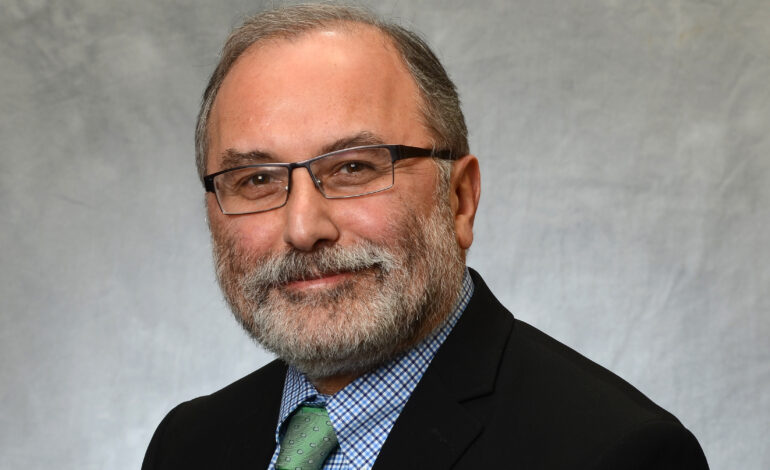 Hassan Jaber will transition to national advocacy projects, as Maha Freij takes over as president and CEO of the organization in September

DEARBORN — ACCESS is undergoing a notable change in its leadership with the departure of longtime CEO and President Hassan Jaber, who is transitioning to national advocacy and leadership projects.

Jaber told The Arab American News this week that he will remain attached to the organization, in which he served for more than 41 years, in a consultant capacity.

Following a comprehensive succession planning process, the ACCESS Board of Directors voted to appoint current Executive Director Maha Freij to succeed Jaber as CEO upon his departure in September.

As part of his four decades of service to the community through one of its most impactful organizations, Jabber served as CEO of ACCESS for 14 years, rising from the position of COO and executive director. Jaber helped grow the organization to 120 programs, operating out of 10 locations in southeast Michigan, and three respected national Arab American institutions.

It’s really hard to summarize this journey of 41 years and the changes that have taken place in the community in that time. ACCESS has had a leadership role, not only regionally, but on a national level — Hassan Jaber

Going forward, Jaber will focus on national policy and advocacy projects, including a project to create a track of leadership positions for Arab Americans and other minority groups, including an internship in Washington D.C.

“It’s really hard to summarize this journey of 41 years and the changes that have taken place in the community in that time,” Jaber reflected. “ACCESS has had a leadership role, not only regionally, but on a national level.” ACCESS provides more than a million services to people in need each year.

“That’s a huge impact,” Jaber said. “I think ACCESS has touched the life of almost every Arab American in our region, in addition to the many other people that utilize its services. The impact of the (Arab American) museum on cultural life nationwide really changed the story of Arab Americans, their narrative and the value they bring to society.”

Jaber said ACCESS has inspired other organizations to take the lead in engaging the socioeconomic health of their communities, building a coalition of 27 organizations in 11 states. He also said he is confident the incoming leadership will continue this important work.

Freij, who began her tenure at ACCESS in 1991, has led all fundraising campaigns for both brick-and-mortar projects and endowments, including the first-ever Arab American National Museum.

“I am honored and thrilled to succeed Hassan, who has been a valued friend and respected colleague of mine for over 30 years,” Freij said in a statement. “I look forward to expanding our work alongside our remarkable leadership team and focusing on strategic and innovative initiatives that are aligned with ACCESS’ values, mission and vision.”