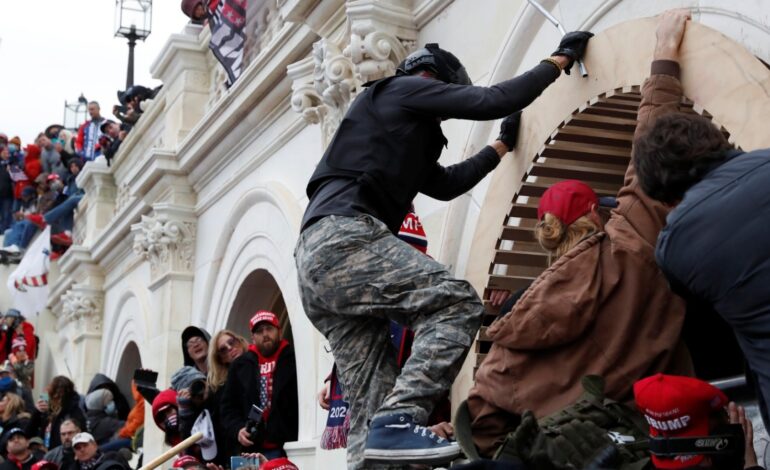 WASHINGTON, D.C. — The acting chief of the U.S. Capitol Police in D.C. testified this week that Trump supporters want to “blow up” the building and kill “as many members as possible” when President Biden delivers his State of the Union address to Congress.

The threat come from groups whose members were part of the deadly attack on the building on Jan. 6, during the counting of the electoral votes in the election Biden won over former President Trump.

“We know that members of the militia groups that were present on January 6 have stated their desires that they want to blow up the Capitol and kill as many members as possible, with a direct nexus to the State of the Union, which we know that date has not been identified,” Acting Chief Yogananda Pittman told the House Appropriations Committee on Thursday.

“We know that the insurrectionists that attacked the Capitol weren’t only interested in attacking members of Congress and officers,” she added. “They wanted to send a symbolic message to the nation as to who is in charge of that legislative process.”

We know that members of the militia groups that were present on January 6 have stated their desires that they want to blow up the Capitol and kill as many members as possible, with a direct nexus to the State of the Union —  Acting U.S. Capitol Police Chief Yogananda Pittman

The committee has been investigating security shortfalls that related to the insurrection on the Capitol Building on Jan. 6, which led to five deaths, including a Capitol Police officer.

Though a specific date for the State of the Union address has not been announced as of yet, the Biden administration has said it is considering an address to a joint session of Congress later this year. Presidents typically do not deliver the address in the opening months of their first term.

Pittman spoke of the threat when asked about a timeline for the removal of razorwire fencing and other enhanced security measures installed at the Capitol after the attack and through Biden’s inauguration. She did not elaborate on such a timeline. Around 5,000 National Guard troops are expected to stay in the area through mid-March.

Trump supporters stormed the Capitol in an attempt to stop Congress from certifying Biden’s victory, after Trump and his allies falsely claimed widespread voter fraud during the November election.

More than 200 people have been charged so far for their roles in that attack, including some with ties to far-right fringe groups such as the Oath Keepers and Proud Boys.