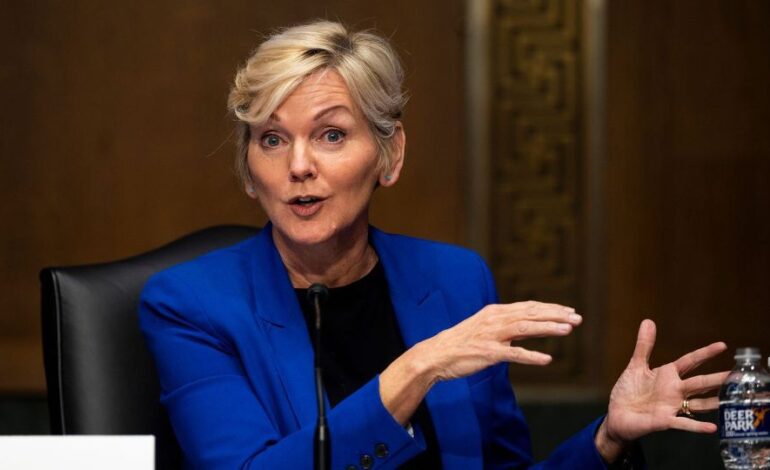 In a vote of 64-35, the Senate confirmed former Michigan Governor Jennifer Granholm to be secretary of energy.

WASHINGTON D.C. — In a vote of 64-35, the Senate confirmed former Michigan Governor Jennifer Granholm to be secretary of energy.

Granholm was President Biden’s nominee for the role.

In recent years, Granholm has taken a deep interest in energy issues and was even considered to be a top candidate for the role had Hillary Clinton won the 2016 election.

“Congratulations to Secretary Granholm,” she said. “Our former governor will be a visionary leader at the Department of Energy and continue her passionate, decades-long advocacy for clean energy. She is also breaking barriers once again, as only the second woman to serve as secretary of energy after two terms as Michigan’s first female governor. President Biden’s cabinet is shaping up to be the most diverse in our nation’s history, providing women, people of color and members of the LGBTQ+ a presence in the rooms where decisions are made. I look forward to working with Secretary Granholm as she addresses climate change, tackles the transition to clean energy and works to build a more sustainable future. We have a lot to do, and together, we will.”

Granholm was elected Michigan’s first woman governor in 2002 and served two terms. Upon her reelection in 2006, she received the largest number of votes ever cast at the time for the state.

Before becoming governor, Granholm was elected the state’s attorney general in 1998 and served two terms. She  was also the first woman in Michigan to hold that office.

Senator Gary Peters said she is very qualified for the role.

“There is no question she is uniquely qualified to serve as the secretary of energy,” he said. “She knows how to deal with multi-faceted challenges and has a documented record of strong leadership.”