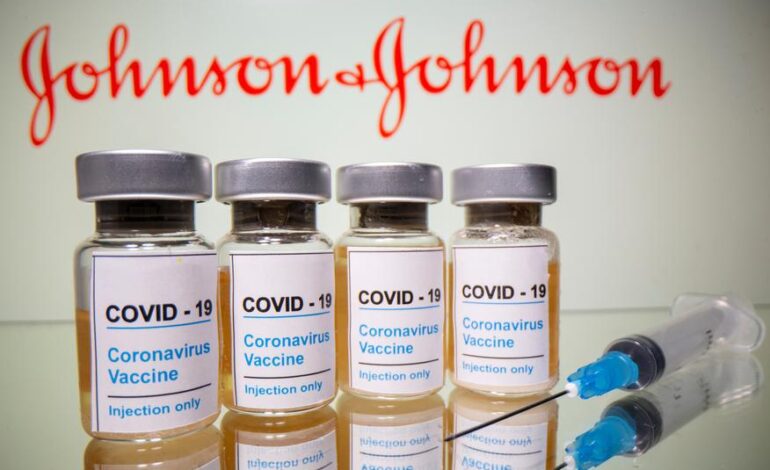 The new, single-dose vaccine is being shipped out to millions of Americans, the company's CEO said on Monday. Photo: Reuters

Eligible Americans can expect a shot of the new single-dose Johnson & Johnson (J&J) COVID-19 vaccine in their arms in the next day or two, the company’s CEO said on Monday.

“We think literally within the next 24 to 48 hours Americans should start receiving shots in arms,” Alex Gorsky, chairman and CEO of J&J, told NBC. “They’re literally rolling out with the trucks as we speak.”

Gorsky is confident in the J&J vaccine’s ability to combat emerging variants of the virus, based on its clinical trial in countries, including South Africa and Brazil, where some troublesome variants have emerged.

J&J’s vaccine is administered in a single dose and requires normal refrigeration temperatures, making it far easier to deliver compared to the Pfizer-BioNTech and Moderna vaccines, which need deep freezing.

In trial situations, the vaccine has proven to be 66 percent effective at preventing moderate to severe COVID-19 in adults, and a 100 percent at preventing death and hospitalization. The efficacy rate among the U.S. population was higher at 72 percent.

The vaccine won emergency use authorization by the Food and Drug Administration (FDA) on Saturday, after a review and recommendation from the agency’s outside expert panel on Friday, becoming the third vaccine in the U.S. to receive approval.

According to the Centers for Disease Control and Prevention (CDC), more than 75 million doses of the Pfizer and Moderna vaccines have been administered as of Sunday.