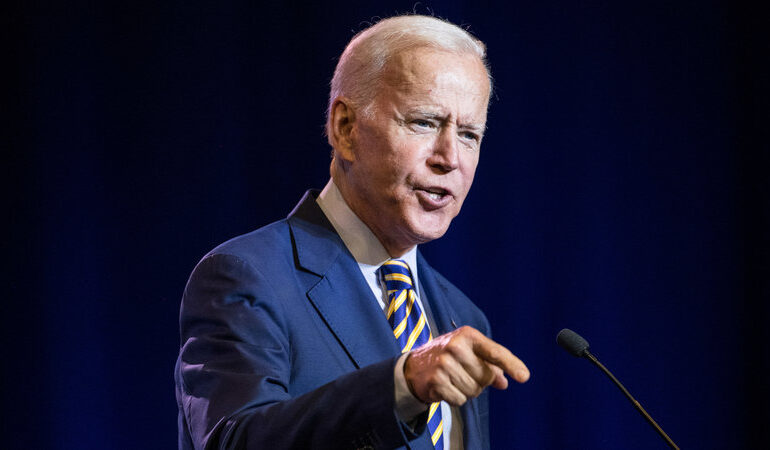 On foreign policy, Joe Biden's presidency is shaping up a lot like Donald Trump's and Barack Obama's

Well, at least he hasn’t started any NEW wars!

For four years, that was the excuse I got from anti-war Donald Trump supporters every time he escalated one of the several wars he inherited from George W. Bush and Barack Obama.

I expect to start hearing it from anti-war Joseph Biden supporters soon.

Trump was Schrodinger’s president. He campaigned as simultaneously opposed to “endless wars” and “the most militaristic” president in history. He presided as mostly the latter, while continuing to campaign as the former.

Potential base hit #1: Holding up the U.S. end of the Afghanistan peace deal Trump negotiated with the Taliban. America’s second-longest war could be ending, but Biden’s still dithering.

Potential base hit #2: Restoring and building on Obama’s attempt at a relationship change with Cuba, which Trump dismantled. Instead of taking the hit, then stealing second base by unilaterally ending more than 60 years of meddling and embargo, Biden’s just quacking about lifting some of Trump’s reimposed restrictions and pitching “talks” about the rest.

Potential base hit #3: Replacing Trump’s fake “withdrawal” of U.S. forces from Syria with a real one (Trump massively escalated the Syria conflict, then drew troops back down to Obama-era levels and pretended that was “withdrawing”). Instead, in late February, Biden authorized U.S. airstrikes in Syria, supposedly to retaliate for an attack on U.S. contractors and troops in Iraq (where they shouldn’t have even been), but more likely to prove his belligerence to doubters in the military-industrial complex’s amen corner.

Biden campaigned on resuscitating the Iran Nuclear deal, and could have done so on his first day in office by simply bringing the U.S. back into compliance. Instead, he’s hemming and hawing

The grand slam home run: Bringing the U.S. back into compliance with the Joint Comprehensive Plan of Action, aka the “Iran nuclear deal”, which Trump violated (he didn’t “withdraw” from it — it’s a U.N. Security Council resolution and legally binding on all U.N. member states).

Biden campaigned on resuscitating the deal, and could have done so on his first day in office by simply bringing the U.S. back into compliance. Instead, he’s hemming and hawing, offering “talks” the Iranians aren’t interested in and trial-ballooning new “conditions” he expects them to agree to before he’ll commit to obeying the law.

That’s four slow, fat pitches right across the plate, and Joe Biden seemingly can’t seem to bring himself to take a swat at them.

On foreign policy, Joe Biden’s presidency is shaping up a lot like Donald Trump’s and Barack Obama’s — lots of promises, with mostly only the bad ones likely to be delivered on.

If you were expecting something different, it looks like you got conned. And the worst is probably yet to come.