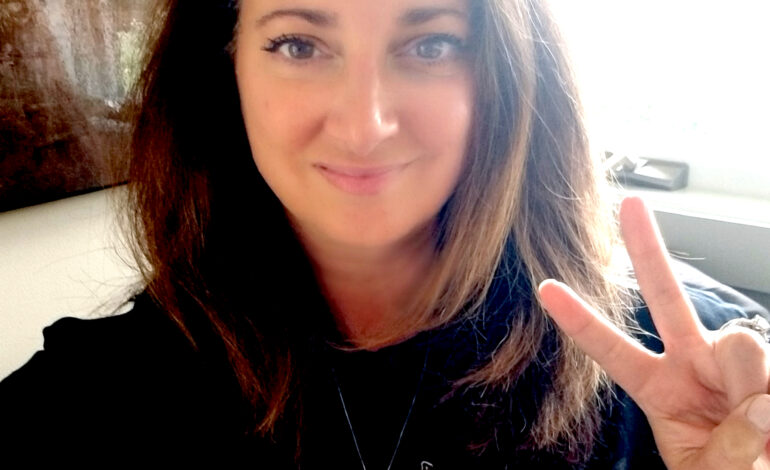 Palestinian American activist Suhair Nafal had made a viral Facebook post about a Palestinian nurse who was shot dead by Israeli military in 2018, and included a promotional photo of a former female Israeli soldier from the U.S. for comparison. That soldier sued Nafal and lost in a California court. Photo courtesy: Suhair Nafal/Facebook

CALIFORNIA — Palestinian activist Suhair Nafal has won a defamation lawsuit brought against her by a former Israeli soldier who claimed Nafal’s Facebook post objecting to Israeli war crimes defamed and slandered her.

The former Israeli soldier, Rebecca Rumshiskaya, sued Nafal in September over a viral Facebook post she published in 2018 regarding the killing of Palestinian nurse Rouzan al-Najjar at the hands of the Israeli army at a protest at the border in the Gaza Strip.

Though Rumshiskaya was not involved in that shooting, the Israeli army had used her image as an apparent recruitment tool. Nafal included the army ad in her post as a point of comparison between the American Rumshiskaya and the Palestinian al-Najjar. Rumshiskaya filed the defamation suit against Nafal two years after that original post.

Rumshiskaya had hired an Israeli/Zionist law firm to represent her. She asked a California court to apply Israeli defamation law, which punishes criticism of Israel by up to one year in prison, a request the court rejected.

Nafal, who is a Christian Palestinian, contacted The American-Arab Anti-Discrimination Committee (ADC) for assistance in the case. Attorney Haytham Faraj, an ADC national board member, agreed to represent her.

The ADC said the primary work of the firm representing Rumshiskaya in the lawsuit is to focus on silencing and threatening BDS (Boycott, Divestment, Sanctions) activists, critics of Israeli human rights violations, and violations of international humanitarian law. America is not Israel. The former Israeli soldier who sued Ms. Nafal sought to have the court apply Israeli law, which punishes criticism of Israel by up to one year in prison. The judge rejected the lawsuit and the attempt to apply Israeli law — attorney Haytham Faraj, ADC

Orange County Superior Court Judge Craig Griffin rejected and dismissed the lawsuit, ruling against Rumshiskaya, with an opinion published on March 2. The judge granted Nafal’s anti-SLAPP motion, awarding her legal fees, which Rumshiskaya must  pay. Anti-SLAPP laws are intended to prevent people from using courts, and potential threats of a lawsuit, to intimidate people who are exercising their First Amendment rights.

“America is not Israel,” Faraj said. “The former Israeli soldier who sued Ms. Nafal sought to have the court apply Israeli law, which punishes criticism of Israel by up to one year in prison. The judge rejected the lawsuit and the attempt to apply Israeli law.”

The attorney said that by granting Nafal the Anti-SLAPP motion, the judge sent a clear message that the U.S. tolerates and values diversity of opinions and political views, and those who seek to improperly silence political criticism will have a price to pay.

Nafal said she was pleased with the court’s decision.

“I was pleased and comforted by the reminder that I live in a state with principled judges who know to enforce our First Amendment laws and make it very clear to foreign entities that they don’t get to try to call the shots and change laws based on their fear of being exposed for their war crimes,” she told The Arab American News.

This victory was not just a victory for me, it was a victory for all pro-Palestinian activists, both on social media and on the ground – Suhair Nafal

As a Palestinian American activist, passionate about taking advantage of the platforms social media offers her, Nafal isn’t surprised she was targeted by Zionist entities dedicated to silencing activists. She finds it important to expose atrocities and horrific human rights violations committed on Palestinians living in and around occupied Jerusalem, the West Bank and Gaza.

“This victory was not just a victory for me, it was a victory for all pro-Palestinian activists, both on social media and on the ground,” she added. “We have a lot of work ahead of us, but we are tireless and will not give up until we see justice served.”

The judge ruled that the state of California, unlike Israel, does not provide criminal penalties for defamation and that under California law, “truth is an absolute defense to defamation. Under Israeli law, truth is a defense only if its publication was in the public interest.”

The judge also contended that Nafal’s post was protected by the First Amendment because of her role as a political activist and that the June 2018 post “was inextricably connected to issues of public interest.”

Some officials saw risk of Beirut blast, did not act – HRW report