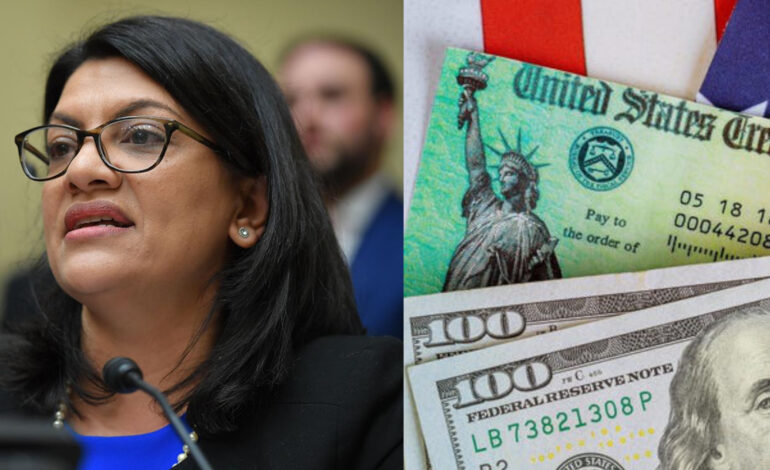 A bill would give $2,000 payment on debit cards to every person in America as relief during the COVID-19 crisis, followed by $1,000 recurring monthly payments for one year after the end of the crisis, without raising the national debt

WASHINGTON, D.C. — U.S. Reps. Rashida Tlaib (D-Detroit) and Pramila Jayapal (D-WA) are re-proposing a way to get monthly COVID-19 relief to Americans without adding to the national debt.

The pair have reintroduced the Automatic BOOST to Communities (ABC) Act, which immediately provides a $2,000 payment using BOOST debit cards to every person in America as critical relief during the COVID-19 crisis, followed by $1,000 recurring monthly payments for one year after the end of the crisis to help families recover from the probable lasting economic impact of the pandemic.

The bill is a unique answer to getting money into pockets without affecting the national debt, by actually minting money and getting it into the Federal Reserve to then create debit accounts for Americans. The legislation was first introduced last April.

The payments would be funded directly from the Treasury with no additional debt issued by minting two $1 trillion coins, and additional coins as necessary.

The proposed legislation attempts to uplift unbanked and underbanked communities by creating a buffer for people who have seen their costs of living rise for decades as their wages have stagnated. It would also create dedicated Emergency Responder Corps to reach out to at-risk and vulnerable communities to ensure they have access to the direct payments and other resources to address their needs.

“Our legislation acknowledges that a one-time survival check is not enough to get people through the crisis,” Tlaib said during a press conference on Tuesday, as reported by the Metro Times. “Instead, we’ll send out recurring checks every month during the crisis and for a year after it ends. That is money in people’s pockets that is certainty in their lives.”

Tlaib and her colleague are hopeful for the success of the legislation with narrow Democratic control in both houses.

She said she is more worried about the long-term harm of poverty on communities that face it, than inflation that could be caused by minting the money. She also said the pandemic has exacerbated these conditions and it is now time to take real action.

“We need to talk about the fact that the pandemic has left people with no access to resources to not only take care of their families, but really be able to get into a mode to be able to come out of poverty,” Tlaib said.

Last year, Data for Progress and the Justice Collaborative Institute said there is strong bipartisan support among people in the country for payments on a recurring basis, with 66 percent of the public preferring recurring payments of $2,000 until a year after the end to the federal state of emergency is declared. The poll also revealed that a majority of voters, including a majority of both Republicans and Democrats, support financing recurring UBI (Universal Basic Income) payments by instructing the U.S. Treasury to issue $2 trillion of new currency.