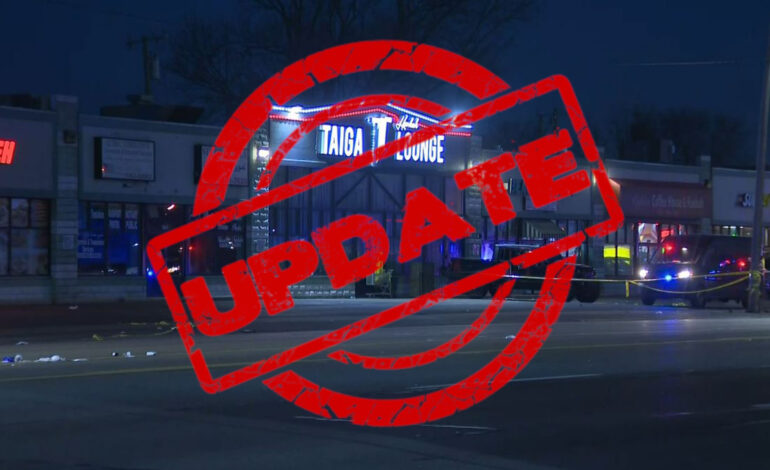 DETROIT — Wayne County Prosecutor Kym Worthy has charged Taha Shitawi, 34, of Dearborn, with 15 counts in the stabbing of five people, a 32-year-old man, two 31-year-old men, a 25-year-old man, all of Dearborn, and a 29-year-old woman, of Shelby Township, in a violent incident at Taiga Hookah Lounge in Detroit, Sunday morning.

He was arraigned today in 36th District Court and received a $350,000 at 10 percent bond. A probable cause conference is set for April 5 and a preliminary examination for April 12, before Judge Kenyetta Stanford Jones, according to a press release.

Though Shitawi is suspected of stabbing eight victims, five of those victims are prepared to proceed with charges, and cooperate and testify in the court proceedings.

The incident occurred around 4:30 a.m. The Taiga Hookah Lounge is located on Greenfield Road in Detroit.

The Arab American News learned from a source close to the investigation that an argument occurred earlier inside the lounge which then spilled out into the parking lot. There, an unknown person shot a gun into the air. Authorities allege that Shitawi stabbed eight people and then fled the scene in a red Chevy Camaro.

No fatalities were reported.

Shitawi fled to and was later apprehended at Beaumont Hospital in Taylor. He had suffered laceration and bruises from the incident. Police did not recover a weapon from him. Both witness and surveillance video confirmed him to be the stabbing suspect. Stabbing suspect Taha Hadi Shitawi, 34, of Dearborn fled to and was arrested at Beaumont Hospital in Taylor

Five of the victims were taken to Beaumont in Dearborn. Three others to Sinai Grace Hospital. All the victims are Arab American.

Ali Al-janabi, 25, of Dearborn, was in stable condition, as was Basem Kearren Zaydan, 31, of Dearborn. Akrim Nassr, 27 (unknown residency) and Ahmed Alghazali, 22, of Dearborn, were known to be in temporary serious condition.

It is not known how badly Omar Khalid Al-janabi, 32, of Dearborn was hurt at this time.

“The allegations in this case illustrate disturbing violence,” Worthy said. “I am asking people to think before you react; violence is never the answer.  Whether it is with a gun or a knife these crimes have life changing and devastating consequences for victims, their families, our entire community and the perpetrator.”