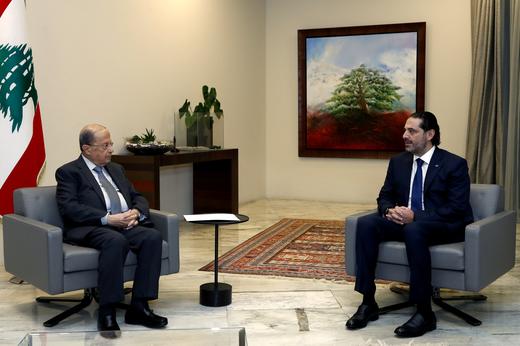 Hariri and Aoun have been at loggerheads over the cabinet for months, dashing hopes of a reversal of Lebanon’s deepening financial meltdown. Hariri has said Aoun’s party is trying to dictate cabinet seats in order to gain veto power.

The FPM, which is headed by Gebran Bassil, who is also Aoun’s son-in-law, accused Hariri of trying to orchestrate a majority for his own supporters.

“The political committee warns of the dangers of sidelining methods that the prime minister-designate is using when dealing with the president and concerned parliamentary blocs,” an FPM statement said.

Veteran Sunni politician Hariri was nominated in October to form a cabinet after Hassan Diab’s government resigned in the wake of the Beirut port blast, which killed 200 people and damaged large swathes of the city.

Diab’s government has stayed on in a caretaker capacity.

On Monday, the 18th meeting between Hariri and Aoun failed to produce any concrete results.

Lebanon is in the throes of a deep financial crisis that is posing the biggest threat to its stability since the 1975-1990 civil war. A new cabinet is needed to carry out reforms that could unlock foreign aid.